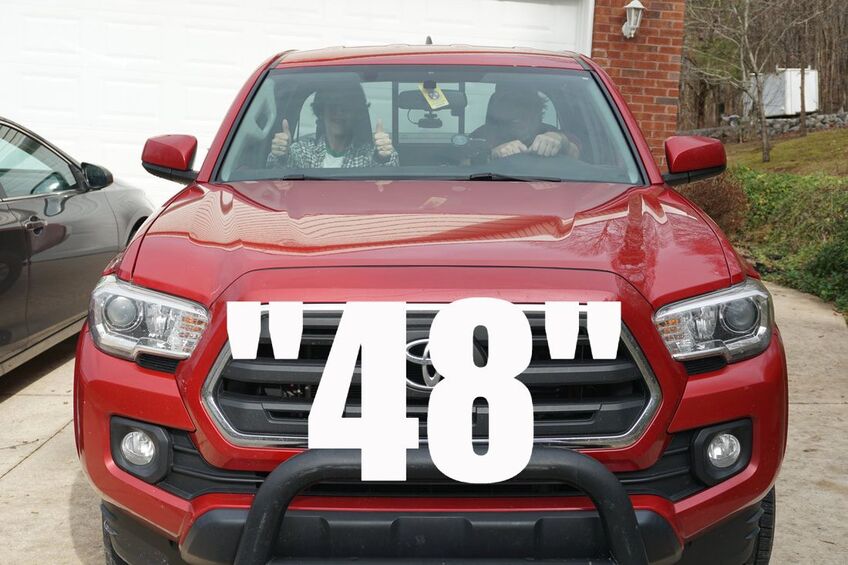 Where have we been???

I haven't written a blog since September of 2021.  To say the least, 2022 has been a rather intense year.  The intensity started in December of 2021.  Laurie had lost her sense of smell and several trips to the doctor revealed a mass in her sinuses.  Due to the complexity of the condition, she was referred to an ENT surgeon at Vanderbilt, one of the best hospitals in the country.

We were unable to get a diagnosis/prognosis/appointment until January of 2022.  We had a trip planned but cancelled everything last minute.  She received the referral to Vanderbilt the week before Christmas.  We were stunned, unsure where this would lead us. The uncertainty we carried was immense, and we would have no relief or information for several weeks.

We were sitting in the rental house we had moved to in the short term and discussed what we were feeling.  We decided at 7 p.m. that night that we would leave at 7 a.m. the next morning, trying to replicate our original plans.  I had planned to write a blog for the trip, but I just didn't have it in me.  All I wanted to do was be with Laurie.

I'm a fixer.  If I am faced with a problem, I figure out solutions and get to work resolving things.  But when our daughter Paige had cancer, this wasn't something I could fix either.  At that point with Laurie......we didn't even know WHAT to fix.  We traveled as a distraction from Laurie's health issues and what might become of our life.  We had no idea where this would take us and it weighed heavily.

Laurie had appointments with the specialist at Vanderbilt on January 26.  She was scheduled for robotic surgery on Feb. 10 and a sarcoma  the size of a ping pong ball was removed from her sinuses.  The surgeon came out and spoke to me.  He said "I got it all."

I told him that in my profession we would say something along the lines of "it looks like", or "I'm pretty sure".  He looked me straight in the eye and said again..... "I got it all."  His name is Dr. Rakesh Chandra, head of the Rhinolgy and Skull Base Surgery Department at Vanderbilt University.  As we say in poker, "He's got my marker", meaning I am in his debt.  Very few people on this planet can say that, but he's at the top of a very short list.

Fast forward to December of 2022.  We bought a new house.  Laurie has quarterly MRI's and CT scans which have come back clear.  She is healed, teaching yoga, and we hope the future scans and MRI's continue to yield the same results.  I cannot say how happy and relieved I am.  With the utmost joy, I want to welcome you to join us for a celebration as we return to traveling!

Where to?  Why there?

As always, we try to travel to unusual places....or to normal places at unusual times.  This year we will be doing exactly that.  We will be replicating part of our trip last year that I did not write about, along with travel through multiple other states.  While we both had traveled before we met 37 years ago, on this trip we will have visited all of the lower 48 (thus the name of the blog this year).  Not to mention 20 other countries......and we did it TOGETHER.  I think that's pretty cool.

I am missing one state and Laurie is missing four.  Racing and work trips put me three ahead of her.  Laurie has yet to visit Michigan, Wisconsin, and Minnesota.  Neither of us have visited North Dakota. After going through North Dakota, we will be going to West Yellowstone, Montana.  We will snowmobile in the Gallatin National Forest and have a condo in town for 6 nights.  From there......well........we're not sure which route we'll take home!  We'll have to decide that along the way.

I'm trying something new with the type size so let me know if you think it's too big.  I'm trying to make it easier to read.  Seriously....let me know about the type size!  It may be too large for those that read it on mobile devices, which a lot of people do.  I want to know what you think!

​If you're reading this.....we're somewhere along the way.  Expect lots of really cool photos and stories!  I cannot express the joy I feel experiencing this with my wife.  Please, come join us.
Next Post