During our travels, (and sometimes when I'm traveling alone) we enjoy taking photos of the stars.  These are only a few of our star photos so far.  There will be more in the future!

Star photos are challenging to me, a new type of photography to master.   Perhaps this is part of the intrigue, and it's interesting to be out in the boonies with no one around.  You have to be self reliant and you have to be careful.  If you get in a jam, you're all you have to rely on.  Plan accordingly.

Realize that the sky, while brilliant, does not look like these photos.  The camera captures around 750 times more light than the human eye.  The light and color is there, but it takes technology for humans to see it.....and it is spectacular. 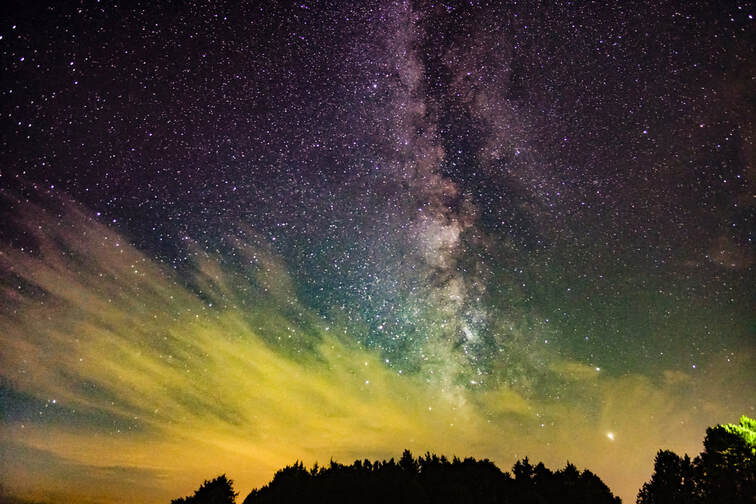 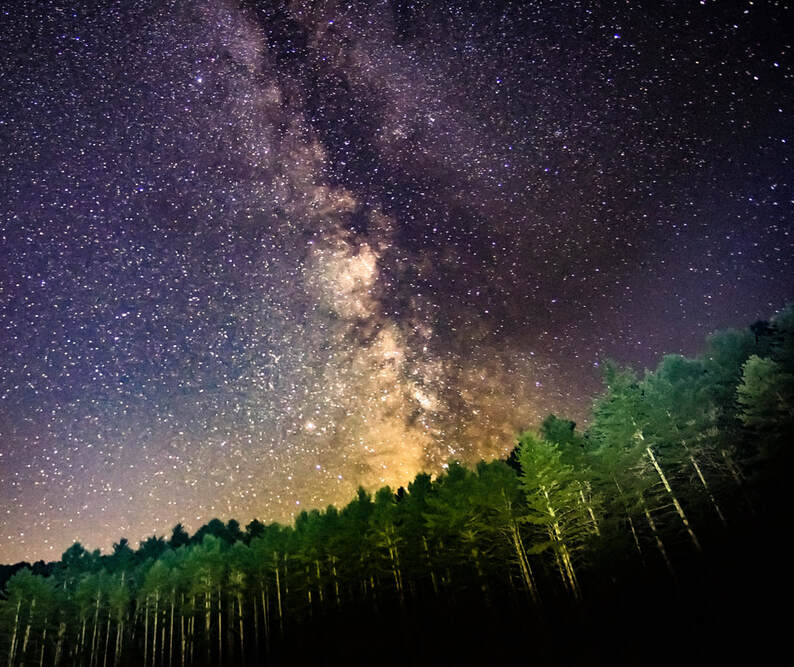 Watoga State Park, WV, September 2019
Taken from a grass airfield cut out of the forest, Labor   Day weekend.     I light painted the treeline with a flashlight. Exposure was around 25 seconds,  Rokinon 12mm/1.4. 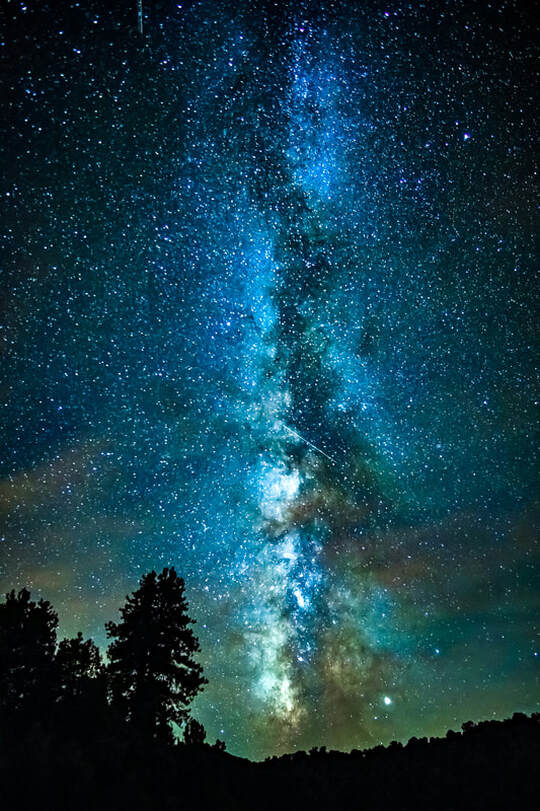 Texas Creek, Colorado
October 2019
Taken from  BLM land off of Route 69.     28 second exposure,   Rokinon 12mm/1.4.    This was one of the darkest places I've ever shot, and  really remote.  I kept hearing coyotes and some other animal (a large one) breaking brush down in the bottom.  Luckily, they didn't bother me and I didn't bother them. 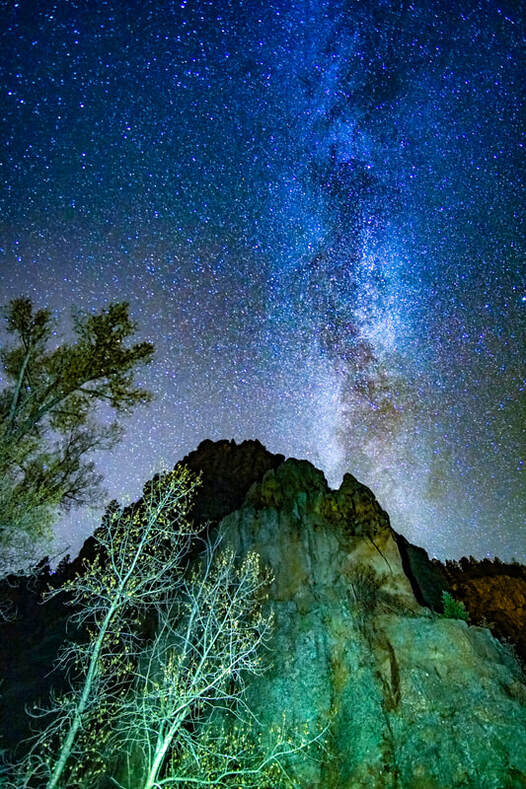 Phantom Canyon Road, Canon City, CO
October 2019     "Spewing Stars"
I shot this from a dirt road that runs from Cripple Creek to Canon City.     I planned the shoot during daylight by marking possible shoot locations  on my GPS.     After dark I drove back down the road and stopped at the spots.    I liked this one as it looked like a volcano. 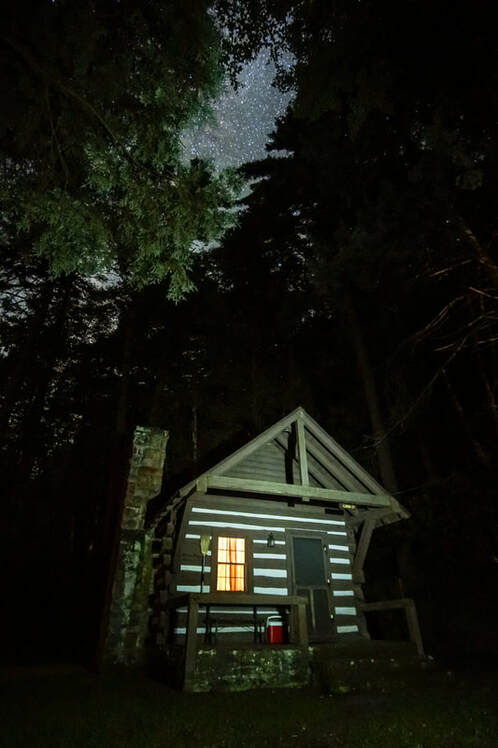 This was our cabin.  I took a long exposure photo, light painted the cabin with a flashlight, and the stars were visible through the forest canopy above. 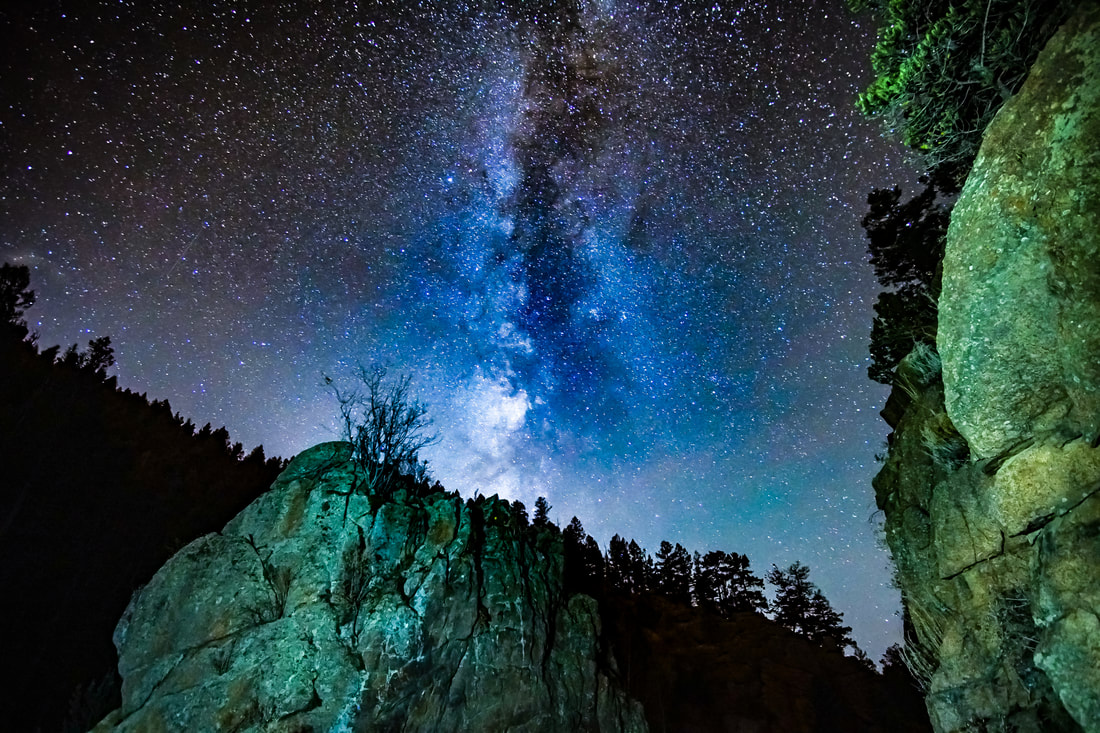 ​Another rocks in the foreground photo.     Lightpainted with a flashlight. 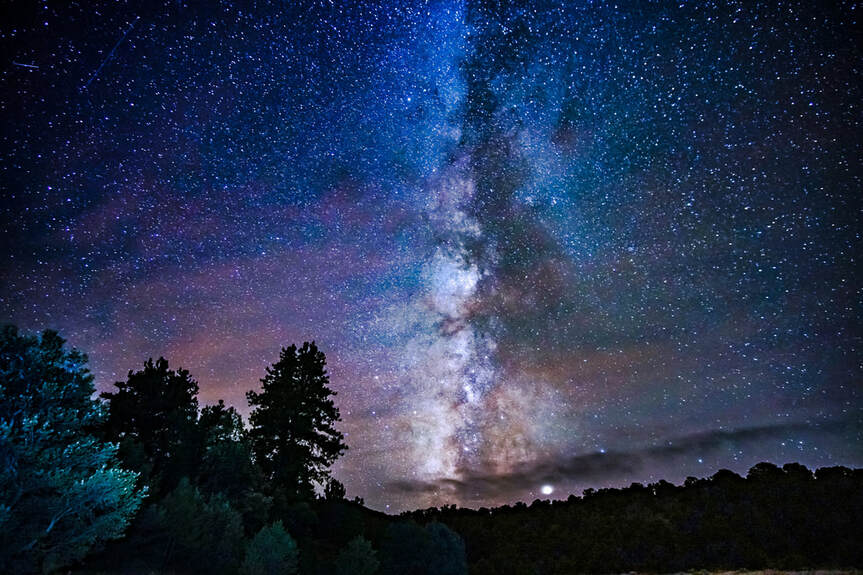 Texas Creek, CO
October 2019
​
It is incredibly dry in the Colorado desert.  Consequently there is little haze.  This makes for fantastic photos. 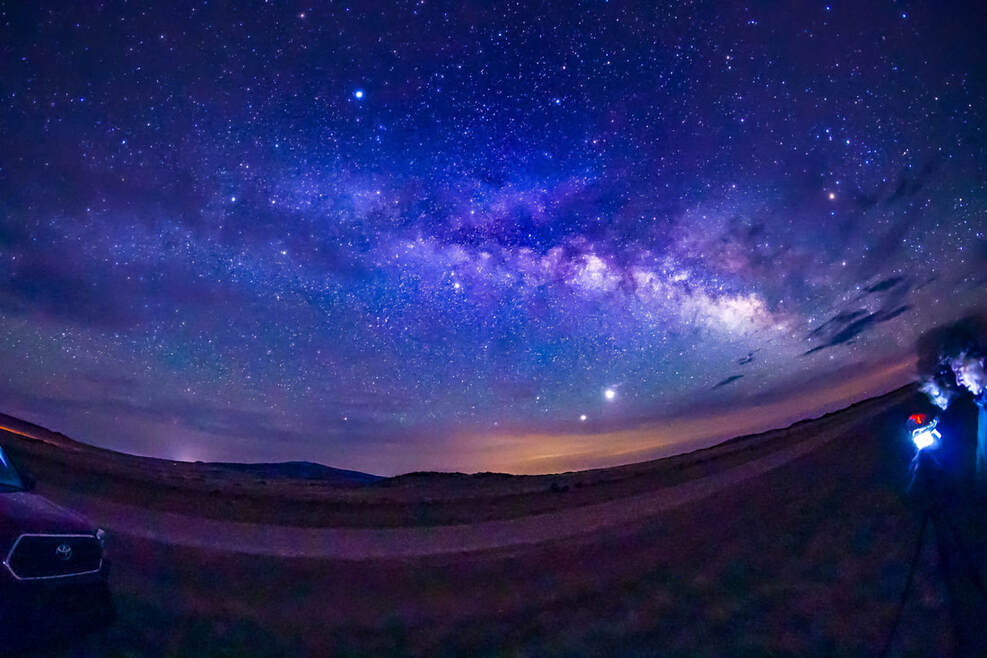 Trying out a new 8 mm fisheye lens.  It turned out that the width of field was much wider than I expected.  I wound up with my truck in one corner and my wife (shooting photos) in the other.  The shot was totally accidental and in retrospect I think that it is pretty cool. 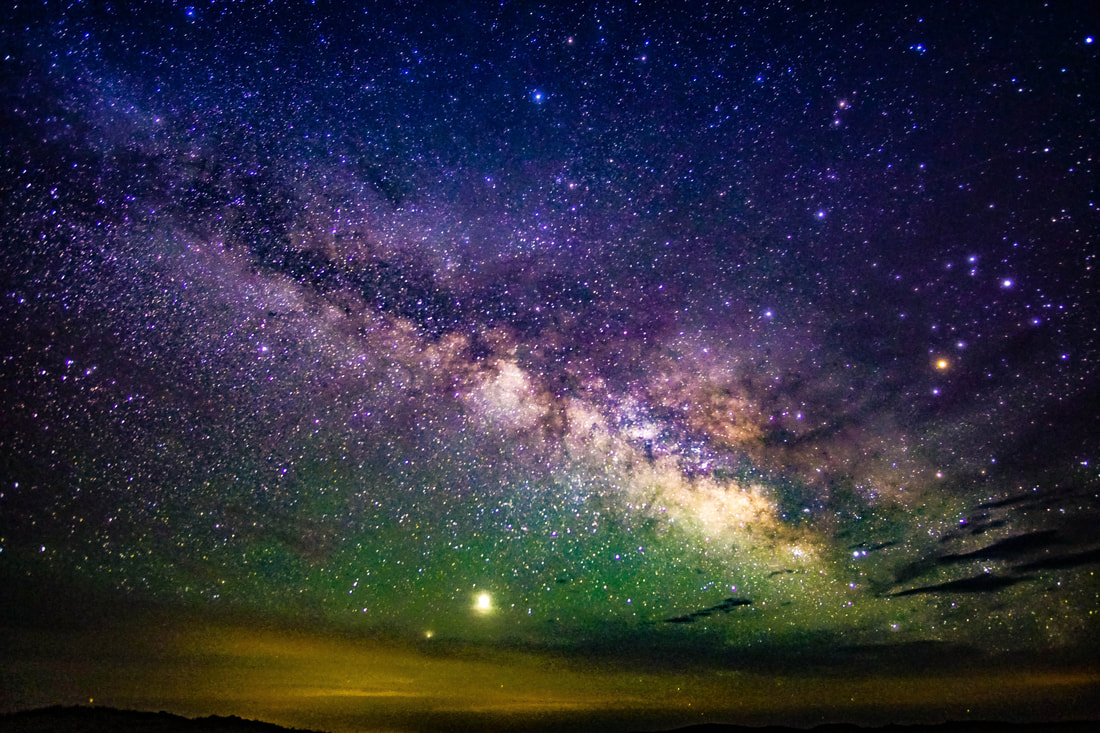 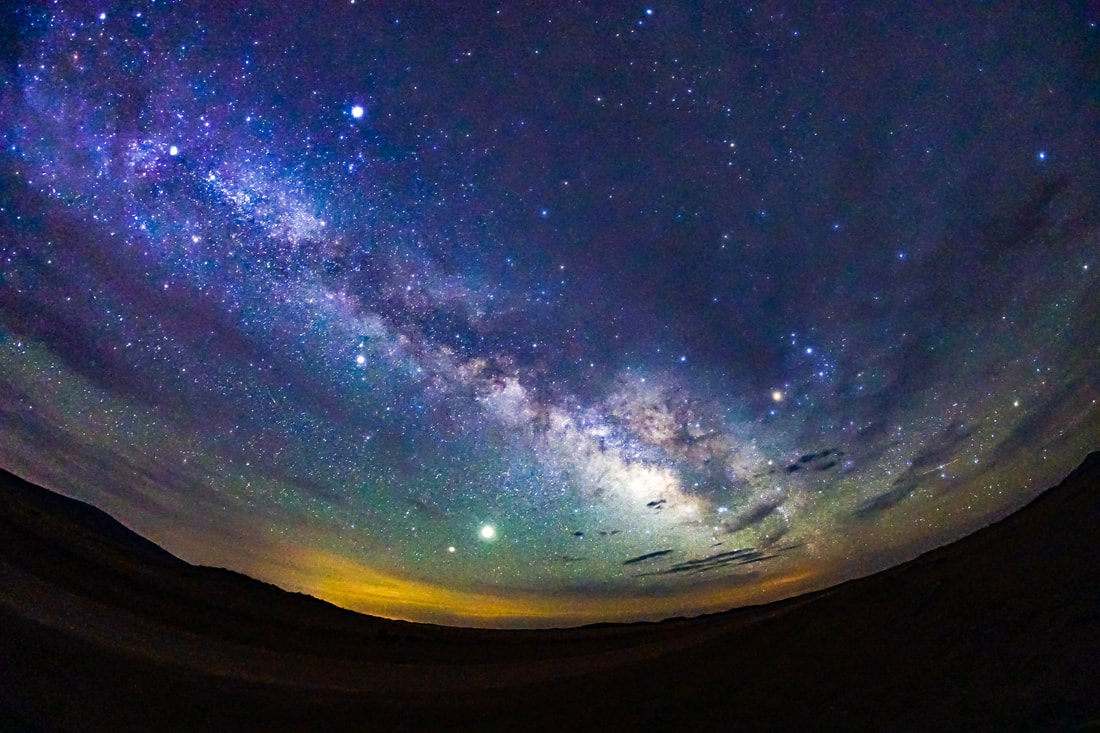