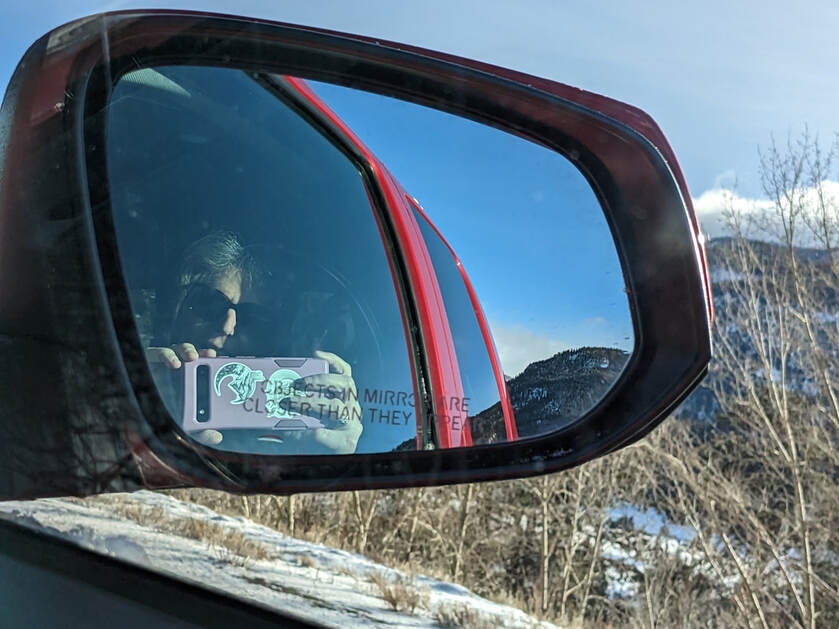 View from the passenger seat

Originally published 12/30/2022
I'm a good photographer.  My technical skills are very good.  Laurie is also a very good photographer...but in different ways.  She has a better eye for composition than I do and I admire how good she is at it.  She often sees things and shots that I do not.  Our different perspectives and how we look at things yields very different but equally interesting photos.  As I spent most of the day behind the wheel, probably 80 percent of the photos today are by Laurie.  She will often shoot as I drive.  And her photos are really good. 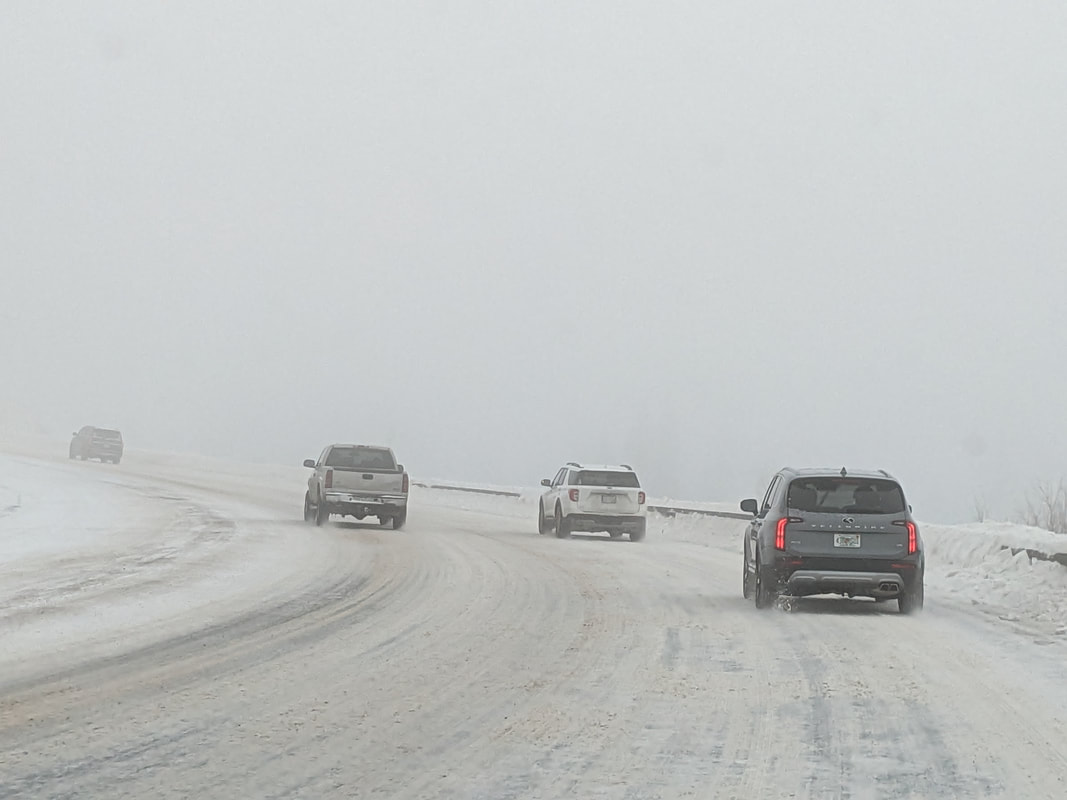 We left Pagosa Springs ready to deal with the conditions over Wolf Creek Pass, over the mountains, and into the flatlands of southeastern Colorado.  The line of cars to get into the ski resort was quite long and delayed travel briefly, but once past the resort we cruised right along.  Skiing the week between Christmas and New Years is something I've tried to avoid.  Even in Europe, we try to ski before Christmas.

Line to get into the ski resort

We drop into southeast Colorado, a very different area than the well to do mountain towns fed by tourist dollars and money from new residents fleeing California.  It consists of towns that have seen better days. Abandoned stores, grain silos, and farms all along the way.  It is rough around the edges in a lot of places.  In other places it is very noticeably poor, similar to many of the places in Appalachia that I am from.  It is such a contrast to the towns we have just come through. 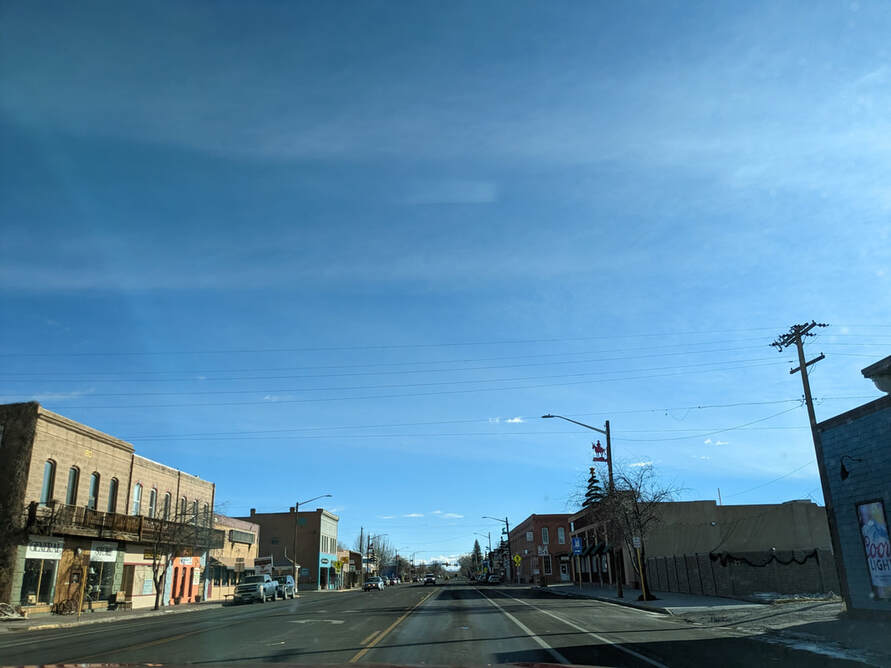 One of many towns along the way

We head across the prairies, flat, lacking the dramatic scenery that has accompanied us for a large part of our trip.  Crossing into Kansas, I notice things improve drastically.  The small towns are cleaner and well kept.  The farms and highways are more polished and not rough around the edges.  I'm not sure why there is such a difference just in crossing an imaginary line, but there is one. 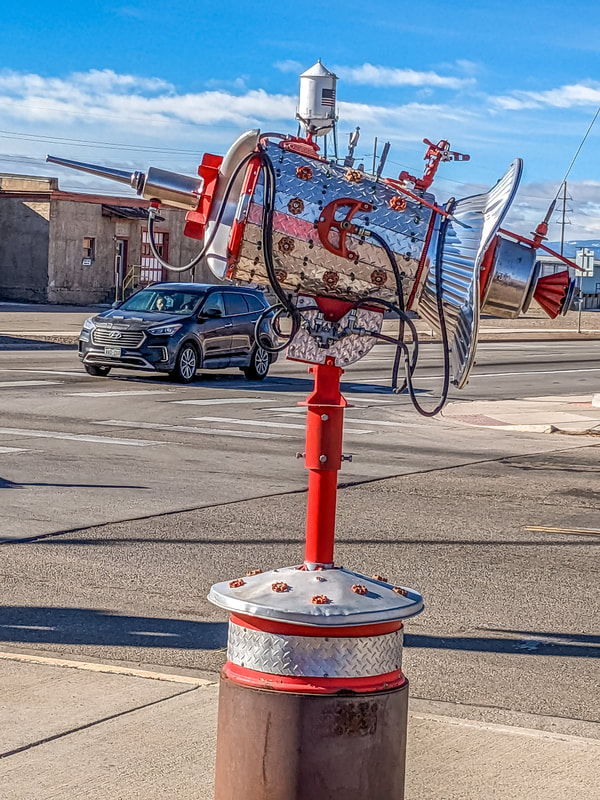 Found object street art in a small town along the way

We decide to push to Dodge City, Kansas for the night.  Somewhere out there we cross another unseen line and drop back into central time after being on mountain time for nearly two weeks.  Someone once told me not to expect Dodge City to be some cool wild west town like was shown in the movies.  They told me "it's a cattle town". 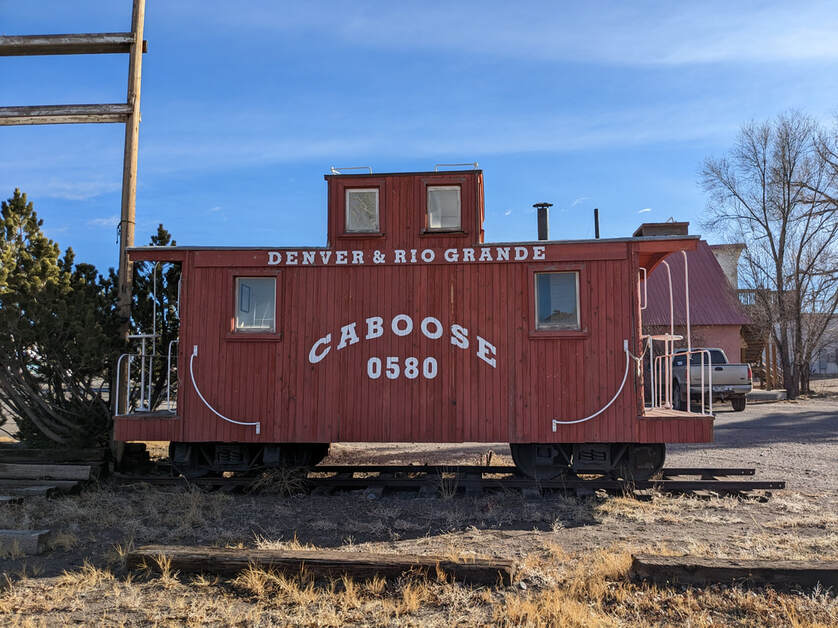 In a town park along the way

While we haven't seen it in the daylight, I'll say this.  It SMELLS like a cattle town.  Everywhere.  You can't escape the smell of manure and stockyards unless you come indoors.  I hope it looks better than it smells.  We'll find out tomorrow.  Be sure to check out more of our photos (mostly Laurie's) in the slide show.