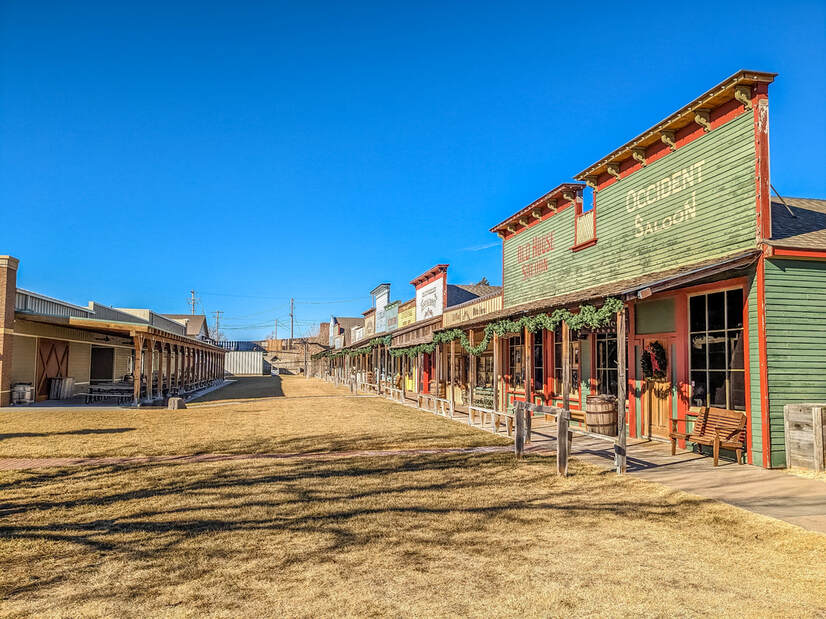 Originally published 1/2/2022
We had a day or two of travel to get home, and I did a very cursory post on New Years Eve and we traveled on New Years Day.  I'm picking up where we left off in Dodge City, Kansas.

I had mentioned the manure/stock yard smell when we arrived in Dodge City.  We awoke the next day and found this had not improved.  It is, however, THE major industry around here and supplies jobs for thousands of people.  While smelly, the fact that it supports so many families cannot be denied.  It also irritates Laurie's eyes which are a bit fragile as you all know. 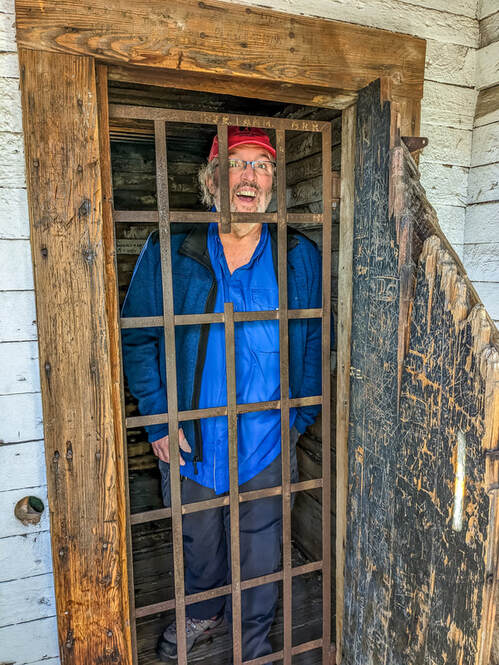 I am reminded of our visit to Bonn, Germany.  Laurie's cousin David was quite excited to visit the birthplace of Beethoven, expecting the town to be a huge homage to him.  This was not the case and only a very minor part of the town (one house to be exact) was devoted to his history.  Dodge City is very similar and I had been warned previously of this. 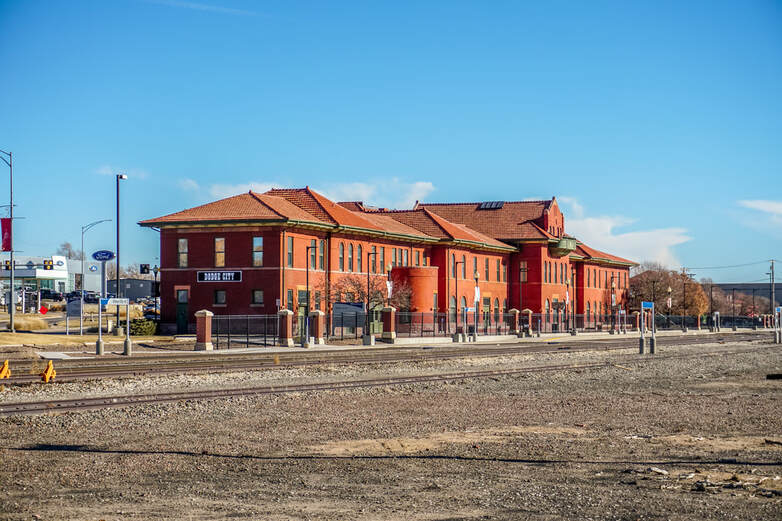 I didn't expect much and had been warned that it was a "cattle town", which it was.  We visited the Boot Hill Museum which we were told (and read) was the only thing worth seeing in Dodge City.  I would not say this is inaccurate.  I will say that the Boot Hill Museum was definitely worth a visit!
It was a very comprehensive museum, with thousands of relics from the historic era.  A replica of the main street had been built along with a very new and very nice museum.  Entrance was $16 and in my opinion was worth it.  We perused the exhibits, the main street and reconstructed shops.  They had a great gift shop, an actual saloon, church, and period houses.  It was quite enjoyable! 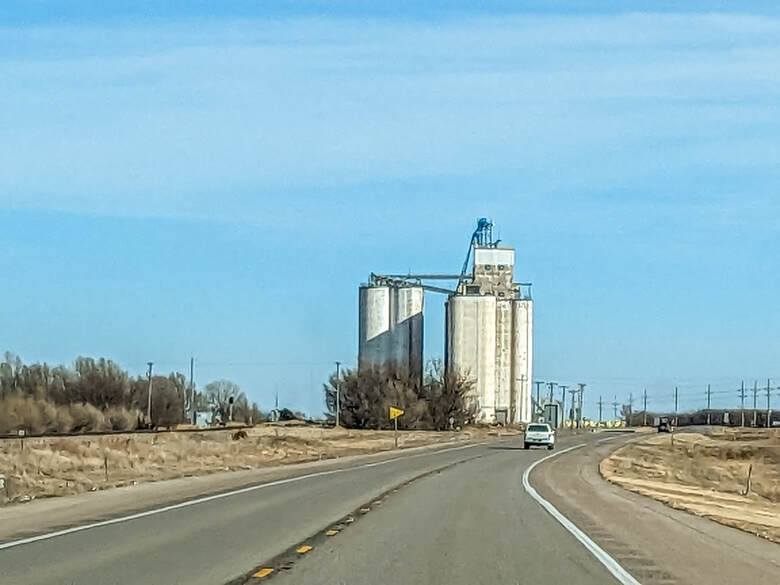 Grain elevators are everywhere in this area.  Ya gotta feed all those cattle somehow!

We read about the people that lived there during the wild west days.  I was surprised that they did not gloss over or candy coat things.  They were honest about murders, vigilantism, prostitution, and how killing off the bison drove the Native Americans onto reservations.  They presented the hardships and difficulties, not the romantic notion of the wild west.​
​They also were honest about how the area was built on the cattle industry and how the place was built out of basically nothing from the hard work of many.  I liked that the museum showed both the good and the bad as seeing both sides of things made it more....human.  At least to me.  I like my museums accurate....it's the engineer in ​me.  I felt like this museum was accurate. 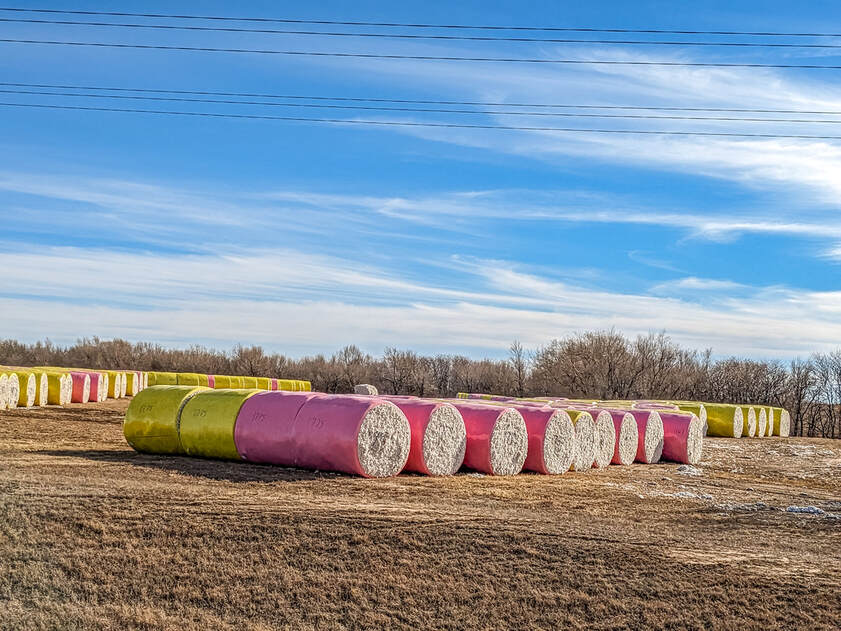 We left Dodge City and headed east across the prairie, into the middle of southern Kansas.  We went through town after town of a few hundred people, with a few stores in the downtown.  Some were real stores, some were vacant storefronts....just like small towns we saw all along the way.  We saw unusual things, normal things, and often times not a lot of anything.
We did not drive the interstate highway, instead driving US route 400 the entire width of Kansas.  Driving the "back roads" sometimes yields treasures not seen from the interstate.  We rolled into a tiny community called Mullinville, Kansas and were greeted with hundreds of pieces of found object art along the road!  This definitely warranted a stop. 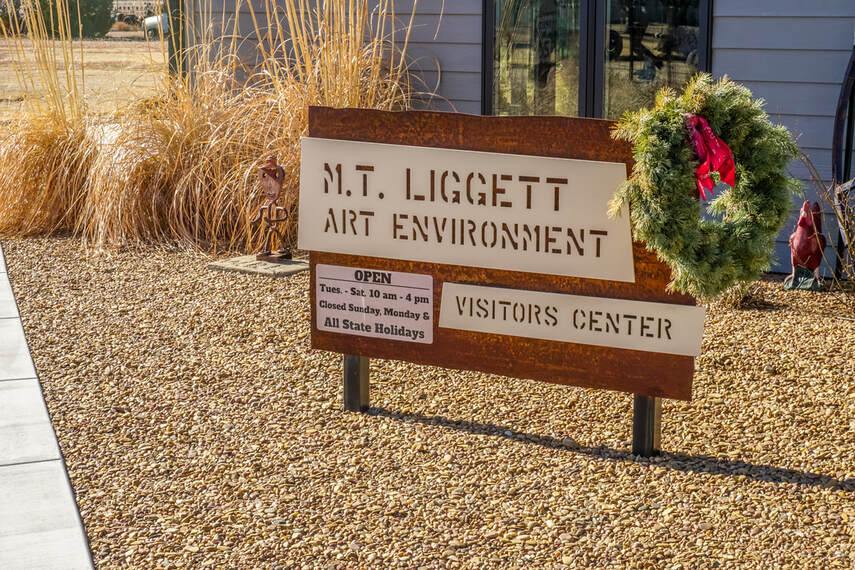 You MUST stop here!

What we had found was the M.T. Liggett Art Environment.  The Kohler Foundation (yes, sinks, toilets, faucets, engines, etc.) had put forth a substantial amount of money and through the efforts of many established a visitors center and preserved his collection of folk art.  This place was amazing!  The website link is here:  M.T. Liggett Art
His views tended to lean conservative but at the same time he seemed to criticize both sides.  He had works inspired by his wives (four) girlfriends (something like eight), his offspring (some he knew about...some he didn't...some have yet to be discovered), views he liked, views he didn't, places he had been, people he liked, and people who pissed him off.  He was apparently famous for taking the opposite view of whatever point was being discussed......seemingly for his own amusement. 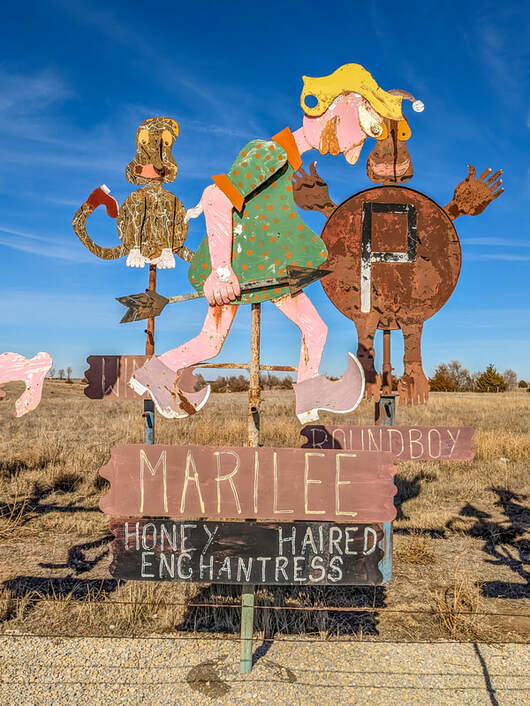 We met Ann Dixon, a former circuit court judge who was running the visitors center.  She was very knowledgeable on M.T. and actually knew him well.  She told us stories about him, his views, his life.  I took a photo of Ann by the sign in the front but for some reason it was out of focus.  Ann truly brought the art collection to life and gave us an understanding of who M.T. Liggett was.
We spent quite a bit of time there but eventually had to move on.  We happened across the M.T. Liggett collection, not even knowing of its existence until we drove by it. Only by taking the road less traveled were we able to experience this.  It was fantastic and the highpoint of our day. 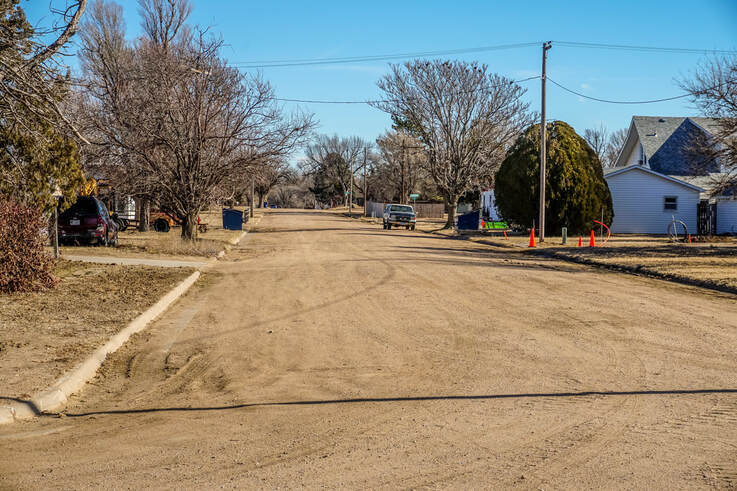 We arrived in Springfield, Missouri after dark on New Years Eve.  By the time we grabbed dinner and got back to the hotel, it was late and I was too tired to say much.....and posted the previous "Bill's Truck" entry.  The next day we drove all the way home, arriving a little after 8 p.m.
I head back to work tomorrow.  It was a fantastic trip and in a week or so I'll publish a recap of our trip and our thoughts on where we have been and what we have seen.  These recaps tend to be one of the most read posts on our previous trips.  Give us about a week and we'll post it.  Be sure to check out the slide show below as well with lots of photos!

Thank you all for following along on our adventure.  We hope you enjoyed the trip!