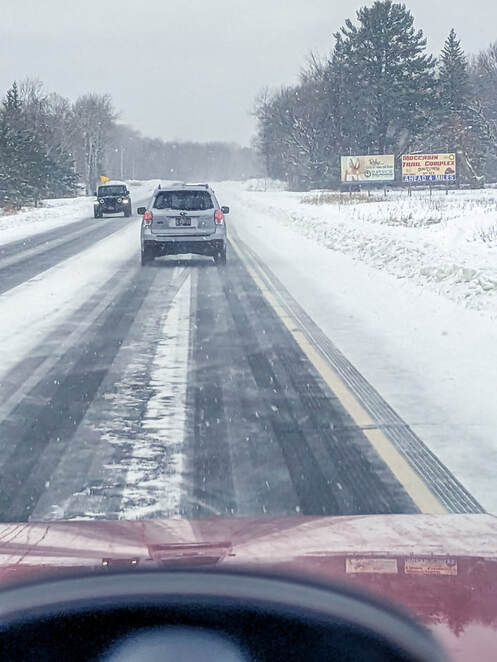 A little snow in Wisconsin

Originally published 12/17/2022
Laurie picked up two more states today.  We left our very nice hotel in Marquette, Michigan this morning.  I had bought a new car cleaner with a brush, scraper, and it could be extended.  I expect to use it a lot this trip.....but I did not use it this morning.  Our hotel had a secured, heated parking garage!  It's just so civilized!  They adapt up here....and things like this make it so much easier. 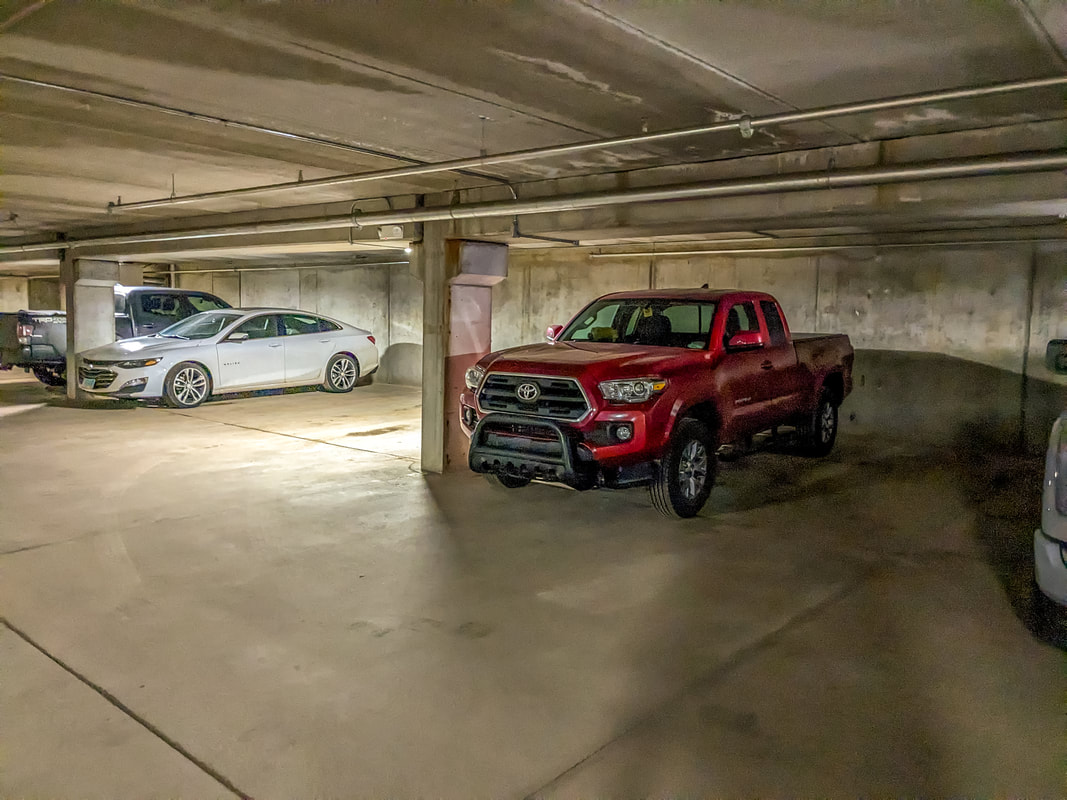 Heated parking garage!  I love it!

When you leave Marquette, it is RURAL.  No major towns bigger than a hundred people or so for hundreds of miles.  Small crossroads will have something like Bruce Crossing, Michigan.  We stopped at a grocery/fast food/gas station/sporting goods/liquor store that caters to the locals and snowmobile riders.  Decent coffee for me and a bottle of Schnaps for Laurie to take with us on the trip.  It is truly an oasis in a sea of forests. This area reminds me a lot of west Texas and New Mexico.  Tiny crossroads with a store and maybe a restaurant, with hundreds of miles of remote land around it.
We were somewhere in Wisconsin and saw a majestic bald eagle.....eating a road kill deer carcass on the side of the road.  I have to think sometimes that maybe these are just buzzards with a better press agent.  But when you live in the wilderness, you take lunch where you can get it.  I haven't seen one that close in the wild....and they are HUGE. 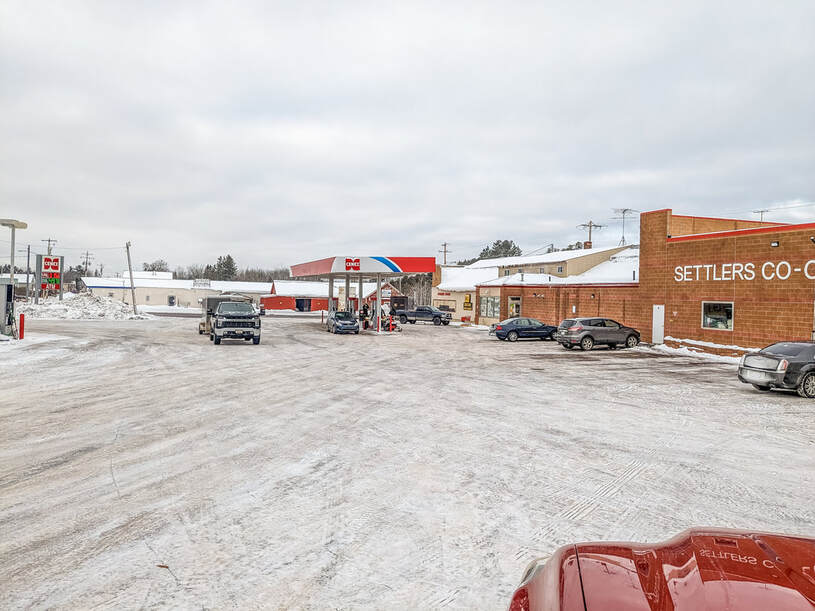 I talked to a snowmobile rider fueling at the store and asked about conditions.  He said they had a couple of feet of snow in the woods and they had plenty to ride.  I told him we were heading to Yellowstone and he said "well, it's not THAT much snow.  They really get the snow out there!"  Like everyone else we met in Michigan, he was friendly, engaging, and just nice.  I like the folks up here. 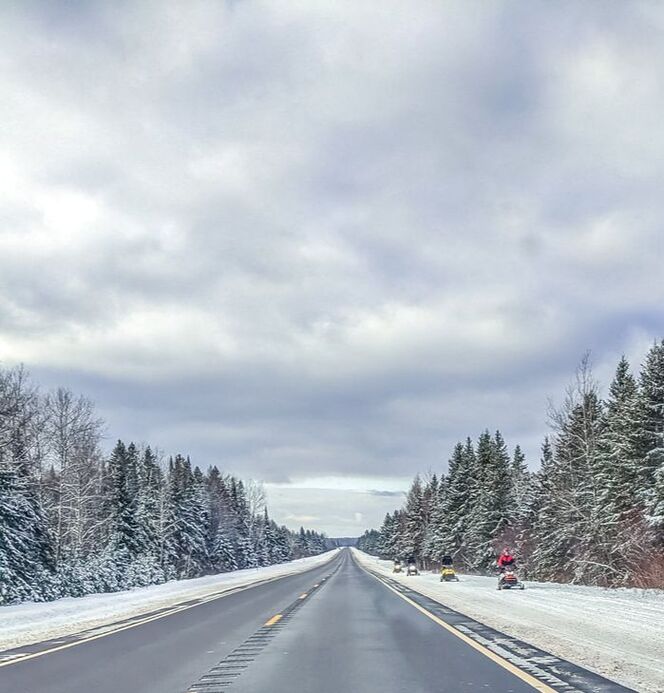 Somewhere in Wisconsin we stopped on the reservation of the Bad River Band of the Chippewas.  They have a casino (didn't go) and a store that sells fuel and lots of other stuff.  It also has what I would call a bus terminal for the transport system on the reservation.  We bought a fry bread pasty from a lady selling them in the bus terminal.  It was huge and Laurie and I split it for lunch.  It was also delicious!  It was similar to the one we had yesterday but fried instead of baked. 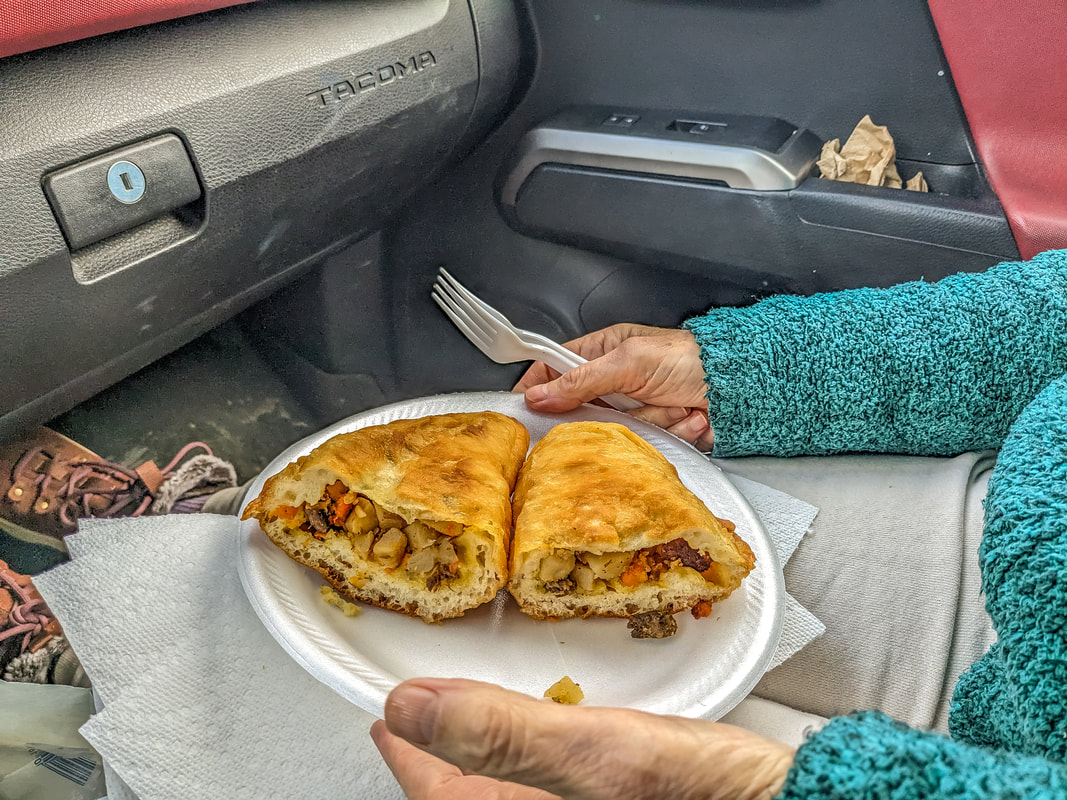 Fry bread pasty on the reservation.  So good!

We finally come out of the wilderness and right into Superior, Wisconsin/Duluth, MN.  The two cities share a huge port with Great Lakes cargo ships coming and going constantly.  We were unable to get any photos of ships today but we did see one leave tonight from our hotel room which has a little bit of a harbor view.  Tomorrow before we leave......maybe we'll get our chance to get photos.  We'll see. 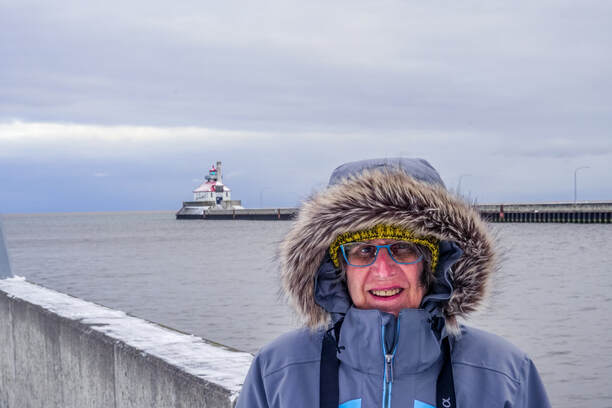 It is COLD.  Laurie looks like Admiral Peary headed to the North Pole.  We can't last long out in the cold.

Duluth is a real city.  While parking is cheap (7 bucks overnight) the hotels are crazy expensive.  Most hotels that I would stay in are over $200 a night.  We are actually staying in the Sheraton in downtown Duluth.....which costs $369 plus around 50 bucks in taxes a night.  It is the most expensive hotel room I've every stayed in.  But while nice it is not the nicest.  Also note that we did NOT pay $369.  I have a few free nights on a credit card and we used one of those. 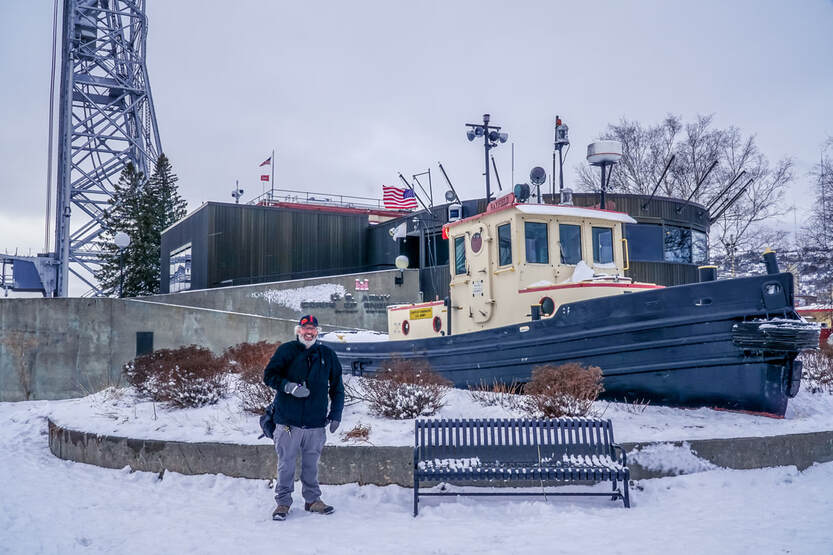 At the canal/lift bridge in Duluth!

The Corps of Engineers has a great museum at the bridge/canal which tells everything about shipping on the lakes.  It is really well done and you can stand inside where it is warm and watch ships come and leave.  It has a nice gift shop and we bought a few souvenirs.  The museum is also free to the public, about as good a bargain as you'll find.  If you come to Duluth it's a must see. 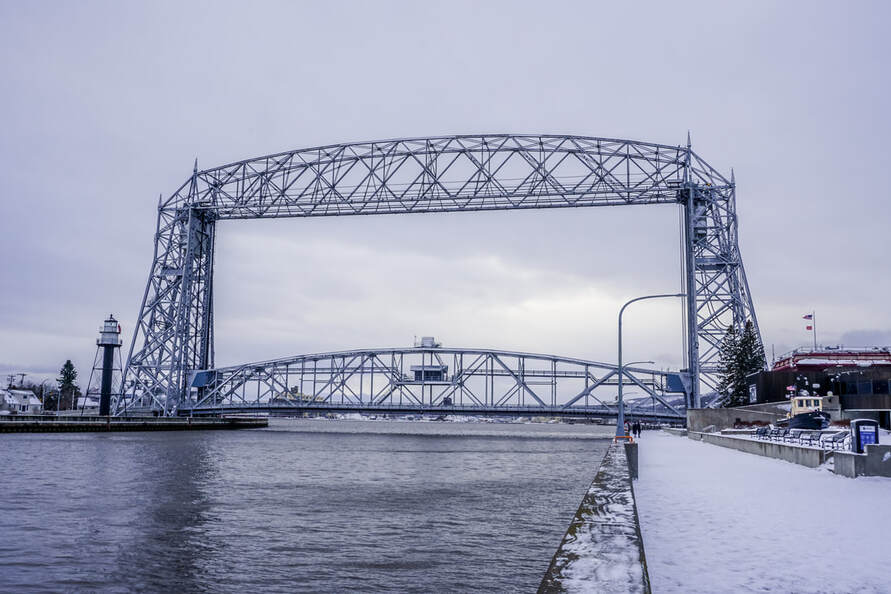 The lift bridge into the Duluth harbor

A freighter is scheduled to arrive tomorrow morning and I hope we're able to catch it before we leave town and head further west across Minnesota and on into North Dakota.  I have really been looking forward to shooting photos of the laker freighters and I hope it works out tomorrow.  Other than crazy hotel costs Duluth is a pretty cool town with lots to see and do. 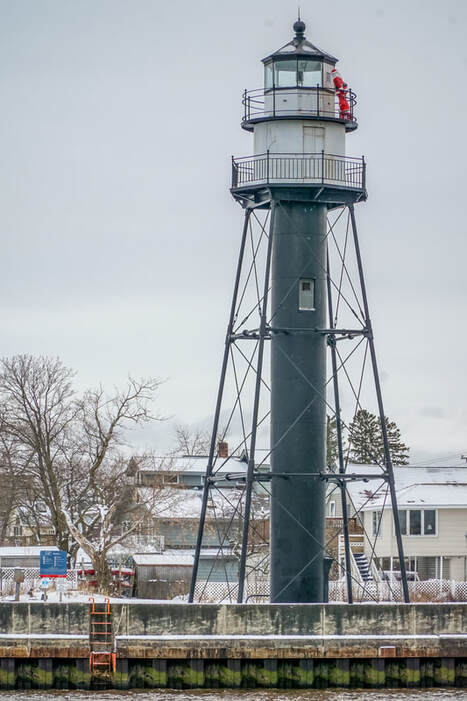 Santa on the lighthouse!  He really is watching.  The question is, Santa:  jolly old elf or CIA spook?

I'm really enjoying "slow travel" with Laurie.  Stops to see and do things along the way, flexible and not on a hard/solid schedule is great.  Enjoying her company and just living in the moment.  Laurie said today "This trip is SO much better than last year.  We aren't carrying all that with us."  She's right.

See you a little further down the road.