I left work at lunch on Wednesday and we hit it hard.  We made it to Sallisaw Oklahoma the  first night, traveling over 600 miles. We roll.    We slept, and found out the next morning that we had an issue with the camper.  We had to resolve it and couldn't do it on the road.  We went about 4 hours to a campground  on the western side of Oklahoma City and holed up.  We worked on our issue, resolved it as best we could, and headed out this morning.

The campground  on the west side of Oklahoma City (Yukon, Oklahoma) was one of the nicest we've ever stayed in.    It was called "Mustang Run RV Park"     http://www.mustangrunrvpark.com/  and it was SPOTLESS.    They were running restricted hours but the entire place was  full.  They did have open bathrooms and bathhouse and we peeked inside.  They were as clean as a German Taxi  (which is incredibly clean) and even had bottles of disinfectant on the counters  to spray anything you thought needed spraying.   If you're coming through Oklahoma City, definitely stay here. 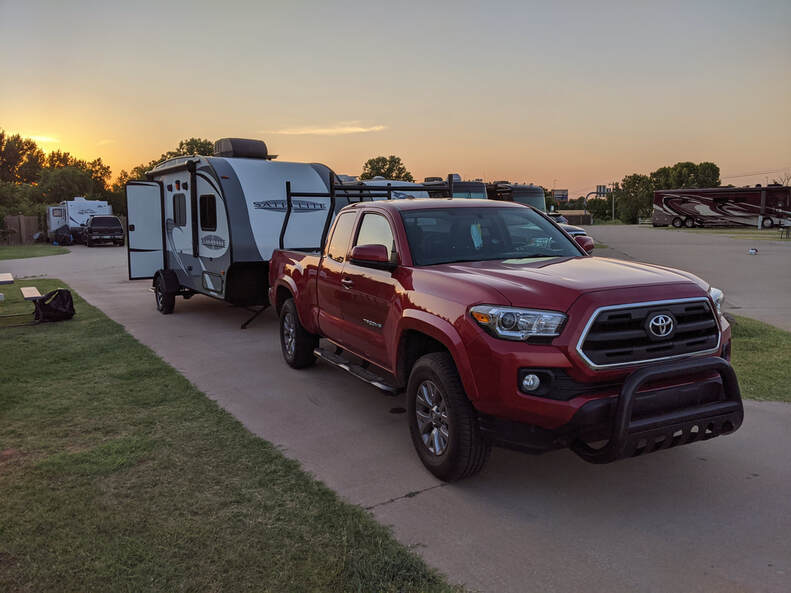 A very nice RV park in Yukon, Oklahoma.  This was an unplanned stop.
We had to do the one thing we didn't want to do on this trip, and that was have contact with other people.  We wound up in a couple of Walmarts to get what we needed to fix things.  We wore our masks and PPE, and were very careful.    Rates of infection are MUCH lower in Oklahoma  and we saw a LOT of people  wearing masks and distancing.  We did the best we could to avoid contact and hopefully it was enough.

We  got takeout and  very few of the dining rooms are open but most places are available for takeout.   We are staying at a campground and they  have not opened the rest rooms and showers.    To stay here, you have to be self contained, with your own bathroom and bathing facilities.  No tent camping is allowed.  ​ 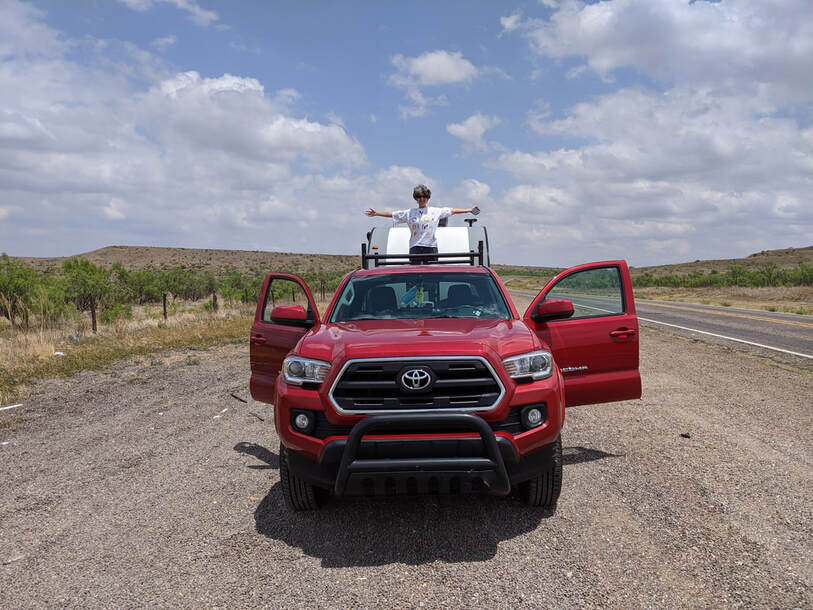 Finally out of the city.  Near Amarillo, Texas.
​They're being very careful out here and we are too.   Wearing a mask is expected, and in New Mexico, it is required to wear one when out in public.  They are MUCH more careful than in Tennessee and their numbers show it.    We read the news from Tennessee and saw that there were over 1100 new cases today, the largest one day number of cases since this whole thing started.  We plan on having as little contact as possible with anyone  from here on out .

We came out here to do star photos.  It is the desert, very dry, and the sky is very clear.  The area we are in  is one of the darkest in the country.   So what does it do in the very dry, clear skied desert when we arrive?  It rains.    They had a severe thunderstorm warning just as we arrived, but the worst of it passed north of us.  We deserved a break. 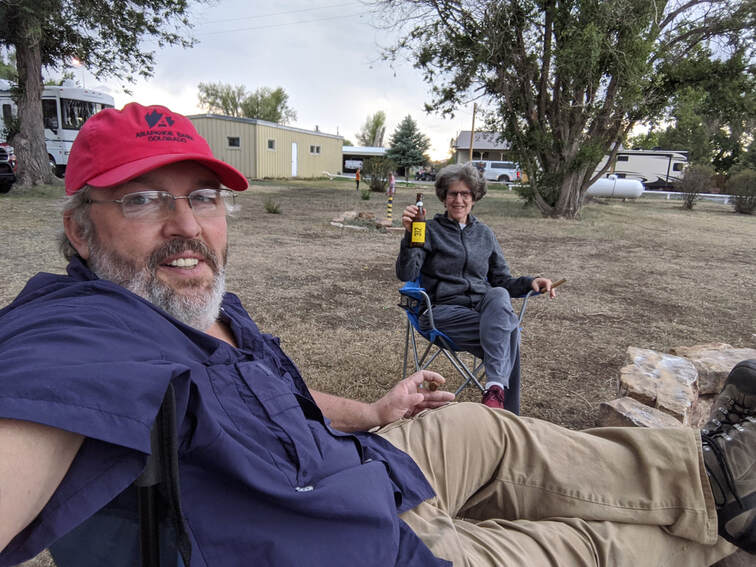 Finally sitting down and taking a rest.
We'll see what it looks like tonight.  There are a lot of clouds in the sky and it's not yet dark.  Hopefully we'll catch another break and maybe find a hole in the clouds.  We'll keep our fingers crossed and maybe tomorrow we'll have some great photos to share.