July 22-26, 2021
It's a dry heat....
Travel nowadays has become quite complex.  Consequently, we haven’t been able to go on many trips, especially one that has a lot of other people involved.  During one of the downturns in COVID rates, we decided to roll the dice (literally) and book a trip.

I’ve played poker in casinos since the 90’s.  Poker players are not big money makers for the casino, consequently we don’t get all the comps (short for complimentary=free stuff) that slot players do.  Machine gamblers are incredibly more profitable for the casino and are “comped” accordingly. 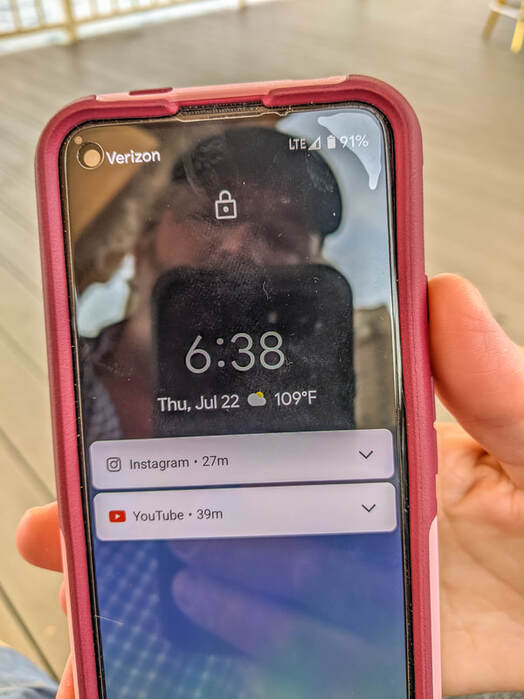 Yes, it says 109.....and this is late in the day
Poker players are seldom if ever comped.  I haven’t received a comped/discounted trip invitation in over 15 years.  Imagine my surprise when I received an invitation for a heavily discounted trip!  The invitation was for a round trip direct flight, transfers from the airport, and four nights hotel for $588….for TWO!  Covid rates were low, things were looking good…...so I took them up on it!

​Our flight was to leave Nashville and fly non-stop to Bullhead City, Arizona.  Bullhead City is right on the Colorado River and less than a mile from Laughlin, Nevada, about 90 miles south of Vegas.  Things took an interesting twist about a week before departure as the ground services operator in Nashville backed out and they switched the flight to Chattanooga. 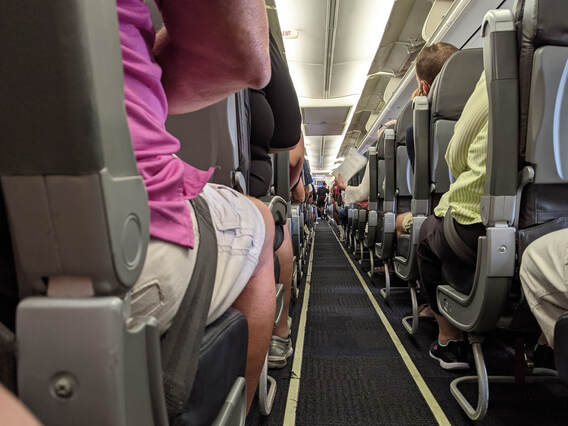 This is the first time on a plane in a year and a half
I was a little concerned as COVID rates were ramping up with the new Delta variant, something that wasn’t even on the radar when we booked the trip.  Nevada had a considerably higher infection rate than Tennessee and we were somewhat concerned.  We’re vaccinated, all transports and the airport require masks, we decided that the risk was manageable and decided we would still go.

Chattanooga airport is tiny, with something like 5 gates.  We parked in the new parking garage, walked 20 yards to the terminal, and went to the counter to check in.  There is no online check in for junkets but they were quite organized.  We checked our bags, they handed us our tickets, and because we’re TSA pre-check, we were through security in less than two minutes.  Because we’re pre-check, they didn’t make us take off our shoes, take out our laptops, our liquids, or any of the other things.  Awesome! 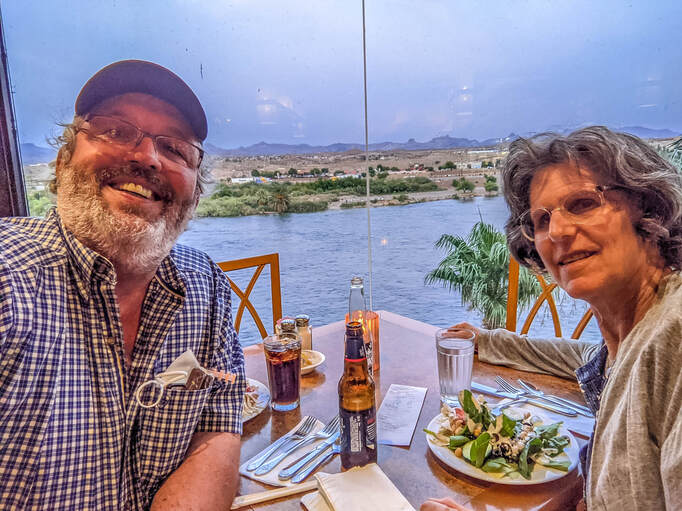 Our first dinner in Nevada, at The Prime Rib Room, at the Riverside
​Our wait wasn’t terribly long.  We boarded the aircraft and got stuck in the very last row….no reclining seats this trip.  It was an older 737-400 but in good shape, operated by “Swift Air”, a charter only airline that services casino junkets, professional sports teams and the like.  The flight was uneventful and we arrived in Arizona on time.

Let’s remember...it’s July in Arizona and Nevada.  We were greeted by major heat when we got off the airplane.  We immediately boarded buses and were taken to the casino, less than a ten minute ride away.  With junkets, you also don’t have to worry about picking up your luggage as they deliver it directly to your room. 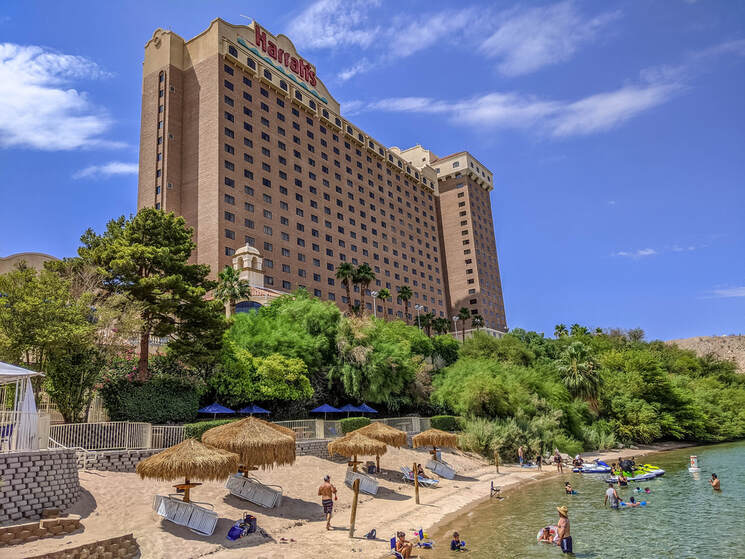 Our hotel in Laughlin
​We walk in the front door of the casino and are handed bottles of cold water and an envelope with our player cards and room keys.  There were directions on how departure and the return trip would work.  We went to the room, got rid of our small carry-on bags, and went to check things out. Check in could not have been easier.

We had been to Laughlin before, albeit many years ago by casino junket from North Carolina.  We decided to venture up river to the first  Laughlin hotel /casino called “The Riverside” for dinner.  The owner of the Riverside is now 90 and has lived for decades in a penthouse at the hotel. His name is Don Laughlin….and yeah….the town is named after him. I actually played cards with him once. 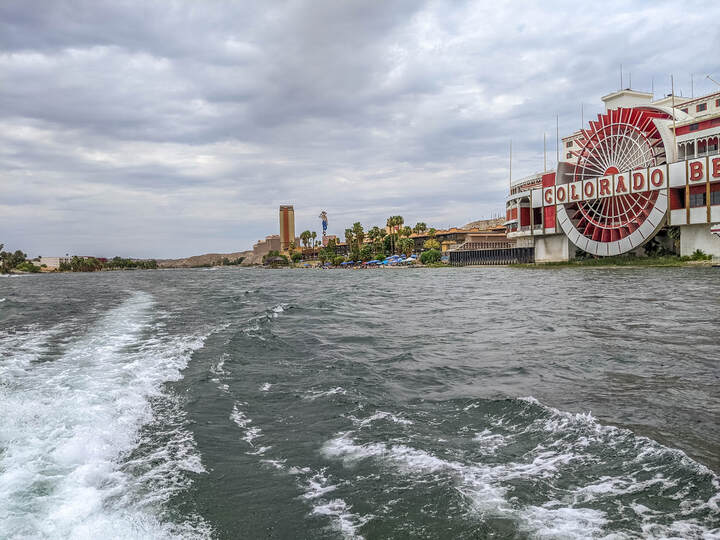 Headed up the Colorado River on the water taxi!
We take the water taxi up the river.  It runs to all hotels and costs $5 a trip, and drops us right at the door.  We leave the 109 degree heat and enter an air conditioned paradise.  It could have been an air conditioned warehouse at that point and we would have been happy.  We sat at the bar looking out over the river.  We enjoyed the view, and while I do not often have a beer, I had  two.

We sat, realizing that for the first time in quite a while, we didn’t need to be anywhere.  We didn’t have to do anything and could just go where the day takes us.  No schedule.  No plans.  No deadlines.  We’ve been pushing so hard for so long it took a while for this to sink in. 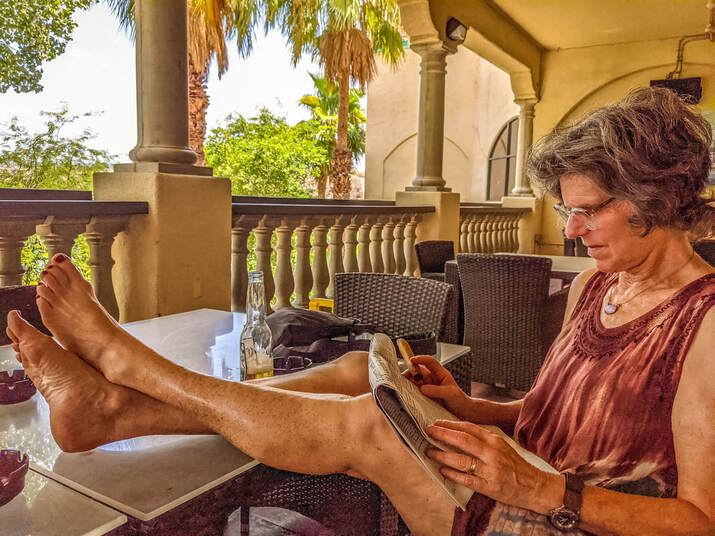 We were so laid back we read a newspaper......made out of paper!!
After our beers we head upstairs to “The Prime Rib Room”, a fixture at The Riverside for decades.  We had a salad, and they bring a cart around to the table and will cut you as much prime rib as you want.  I told them “just a standard size piece”, which apparently means something around 24 ounces.  We did our best to eat what we could and it was good.  The price was $21.99.

Understand that Laughlin is not a main line resort like Las Vegas.  They tend to draw junkets from around the country, locals, and a southern California crowd.  It’s normally not expensive, meals are reasonably priced (no worse than at home), and the casino limits are lower than in Las Vegas.  ​ 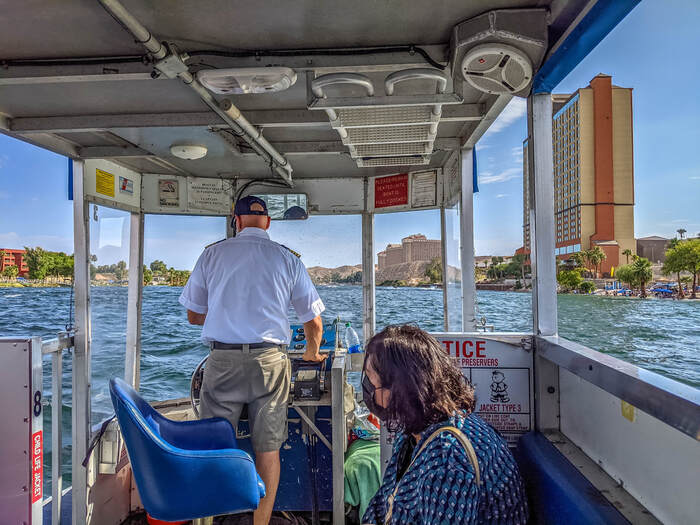 Headed downriver back to our hotel
A lot of the hotels are a little “worn”, but clean.  The crowd is sometimes the southwest equivalent of southern redneck. It’s kind of like gambling at Motel 6…...just keep your expectations realistic and you’ll have a good time.

We spend the next few days with no schedule, no plans.  We swim in the pool, play poker, walk the riverfront, and ride the water taxi.  We sit and watch TV, read the newspaper, and seek out restaurants not attached to casinos.  We had great Mexican food and got out of the heat in a sketchy dive bar.

We visited the car museum (Don Laughlin’s car collection) at the Riverside.  Admission is normally $3 and free if you have a Riverside players card.  We did not have a players card but they let us in for free anyway.  ​ 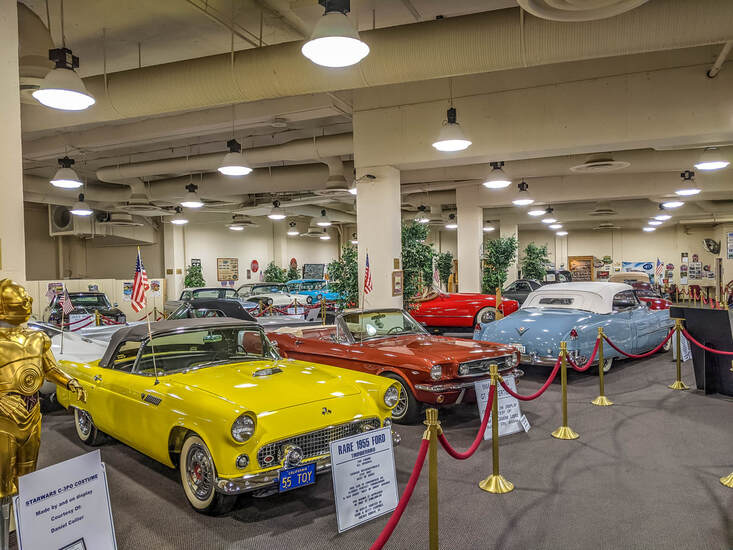 Don Laughlin's car collection at The Riverside
We had a fantastic dinner at a Japanese restaurant where Laurie had a wonderful sushi roll with lemons and a citrus sauce.  We just wandered, ate when we got hungry, slept when we were tired.  We had no responsibilities, no schedule, no work that had to be done.  We were so happy to have a break.

It was wonderful to have no destination and no schedule, but it eventually had to end.  Our flight out was at 8 a.m., meaning we had to be downstairs for transport to the airport at an unholy 5 a.m.  This was not the good part….but we soldiered through.  Our flight back was uneventful and we were home by dinnertime. 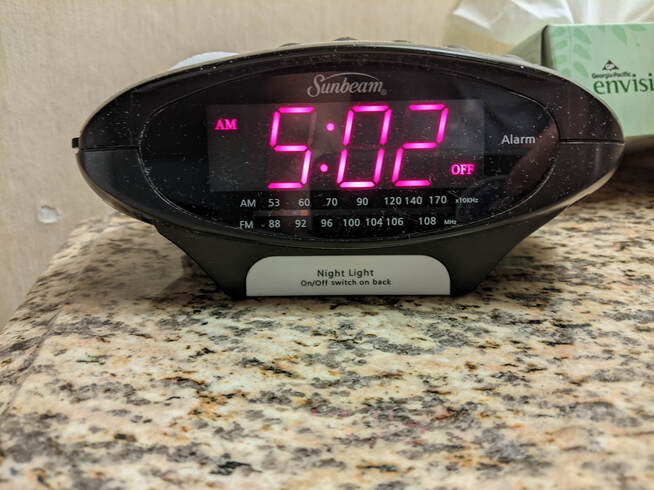 Not happy to be awake this early
This was the first time we had been on a plane in over a year and a half.  We were concerned with the ramping up of the Delta variant during our visit, but we wore masks when indoors/on the plane and kept mostly to ourselves.  We were not as social as we normally are, but these are strange times and like everyone else we’re finding our way.  We were just happy to be able to take a trip like this for the first time in a long time.

When is our next one?  Time will tell.  With the Delta variant exploding in the U.S. right now, decisions will be made closer to time.  If you haven’t already had it, get the vaccine.  Keep this thing from getting worse and do your part to get us back to some sort of normal.

Until the next one.
Click on the gallery photos for descriptions! 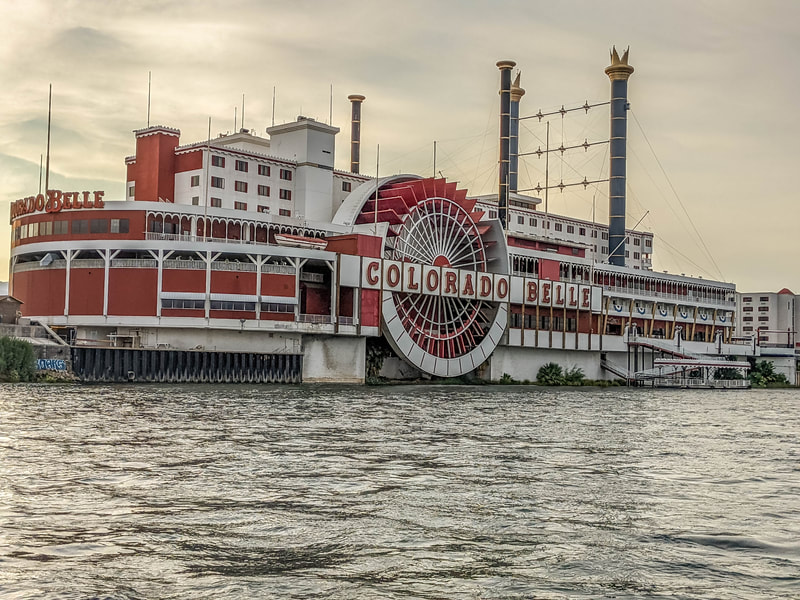 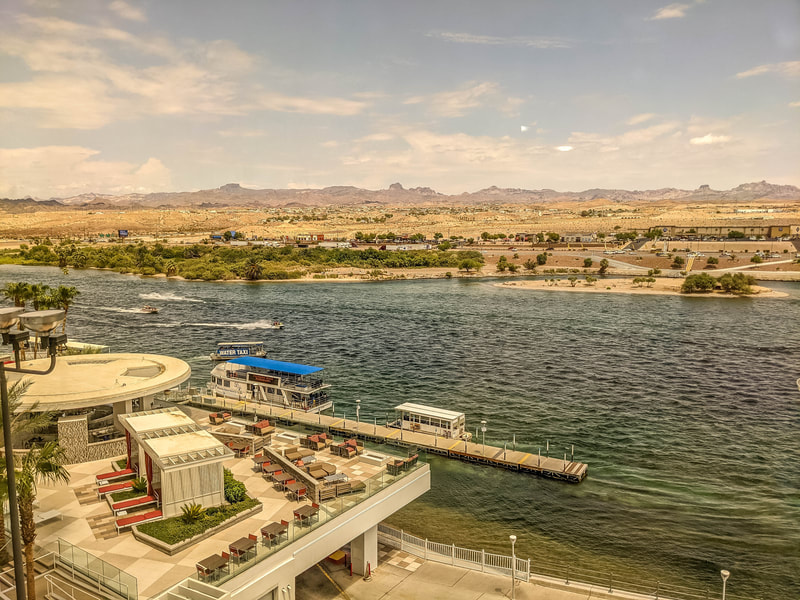 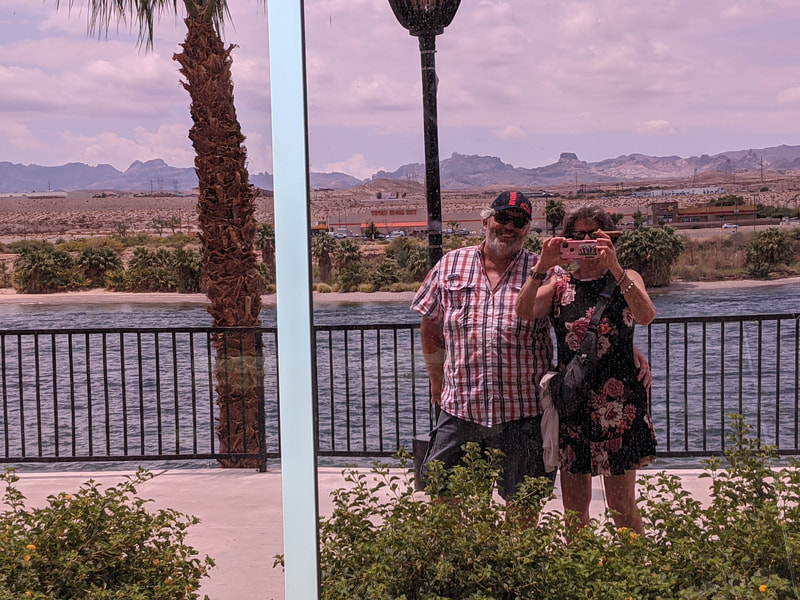 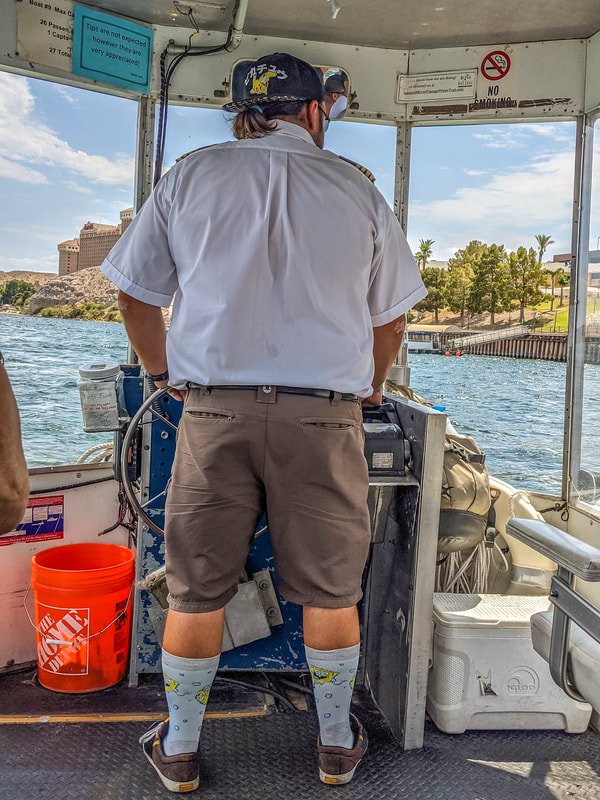 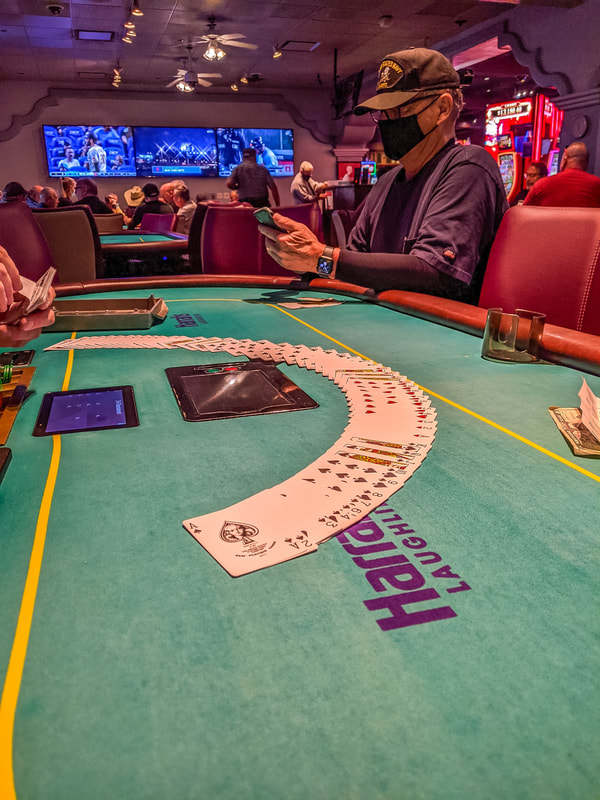 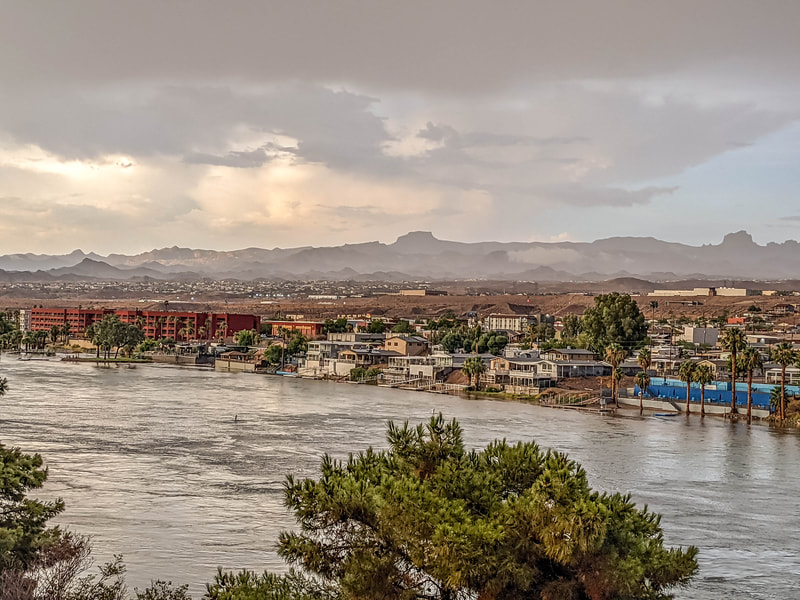 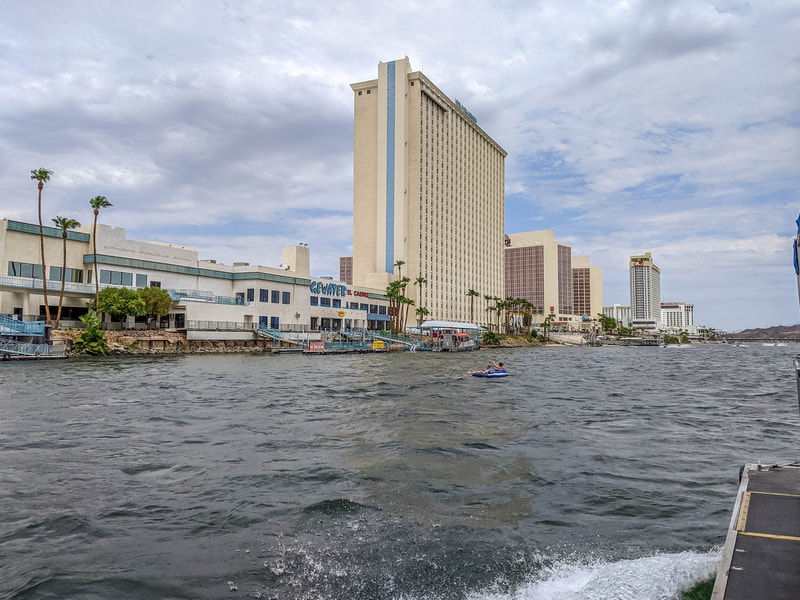 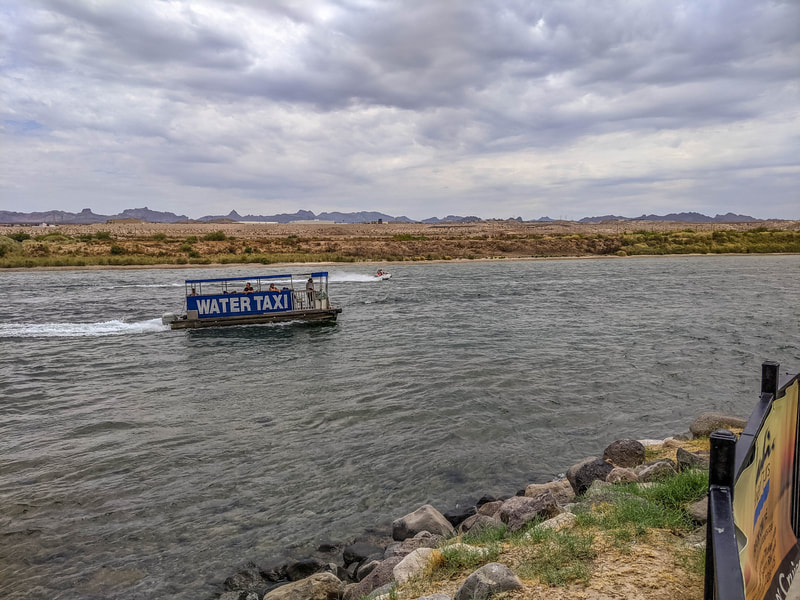 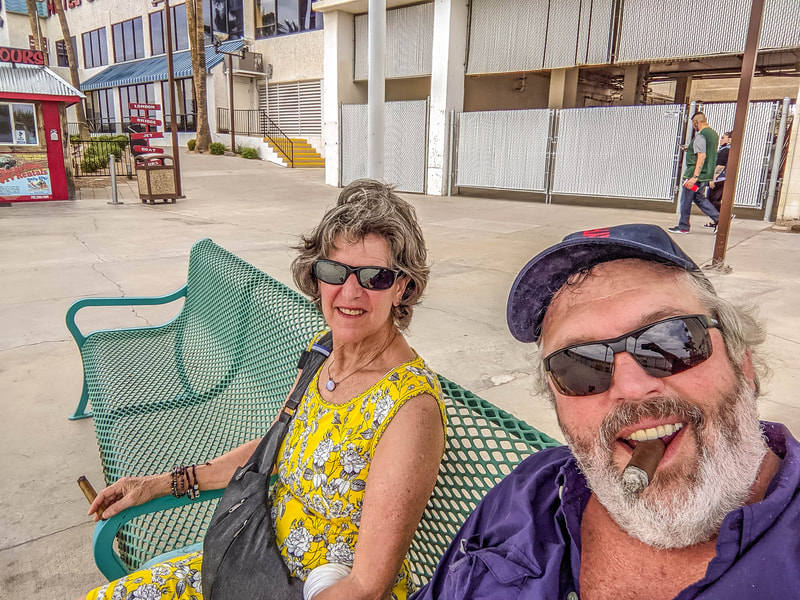 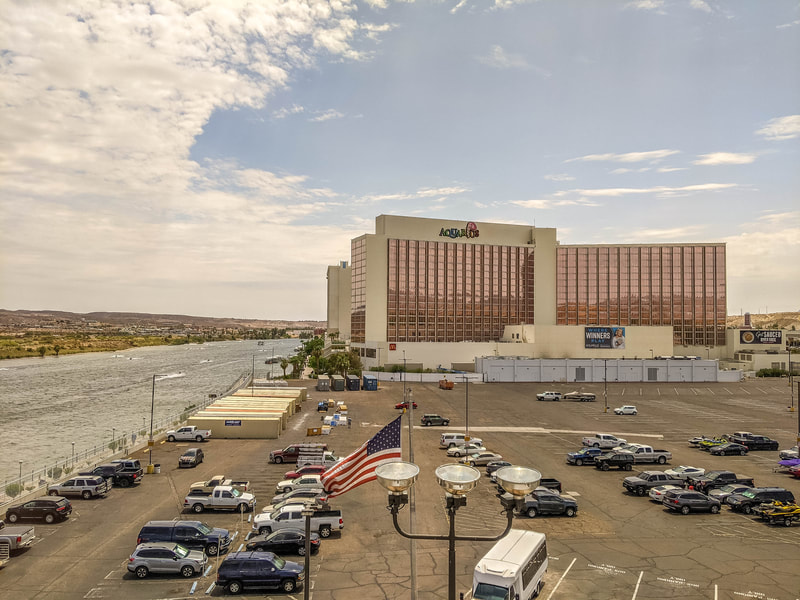 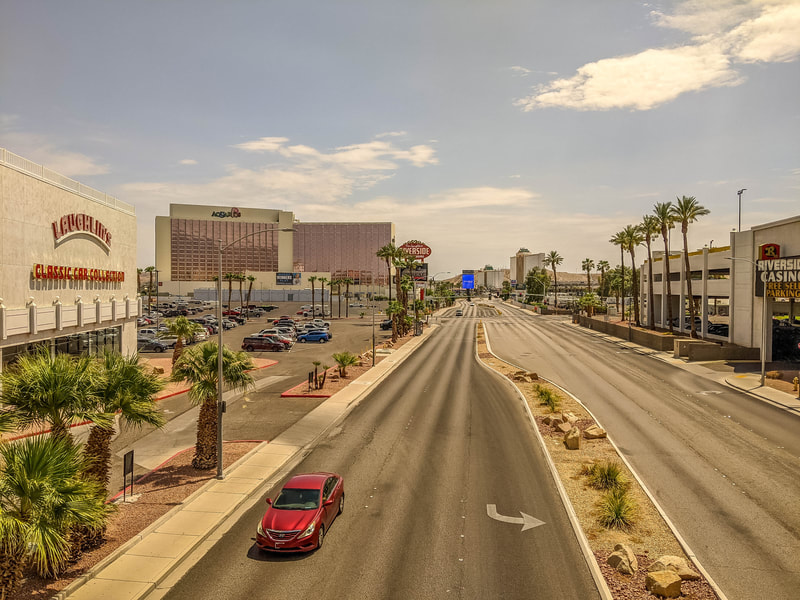 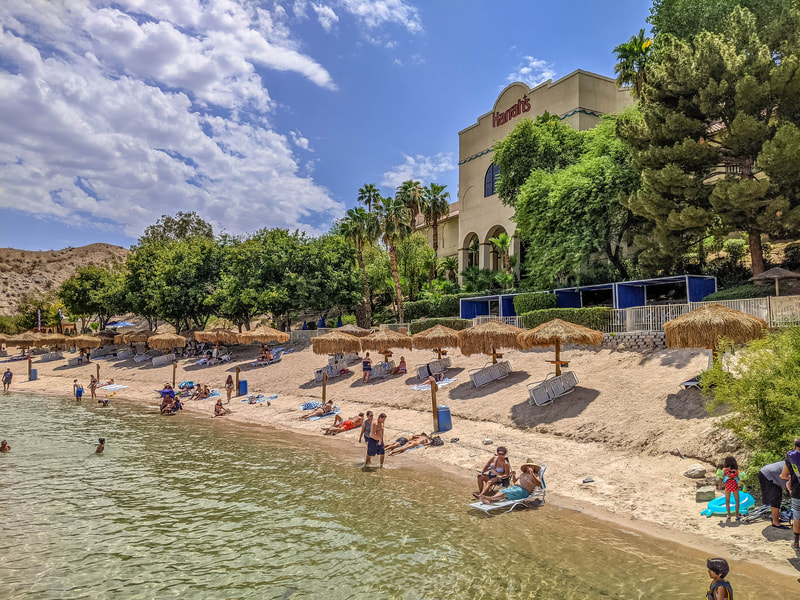 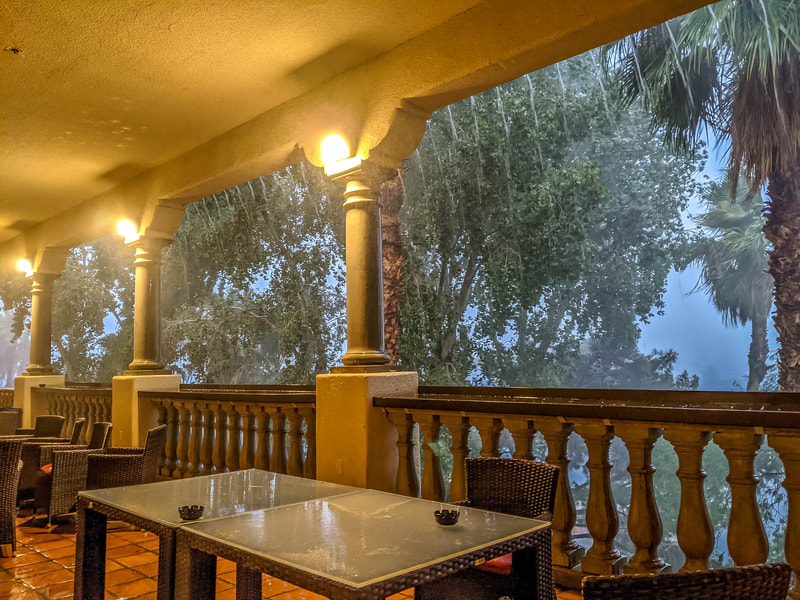