On the seventh day of Christmas 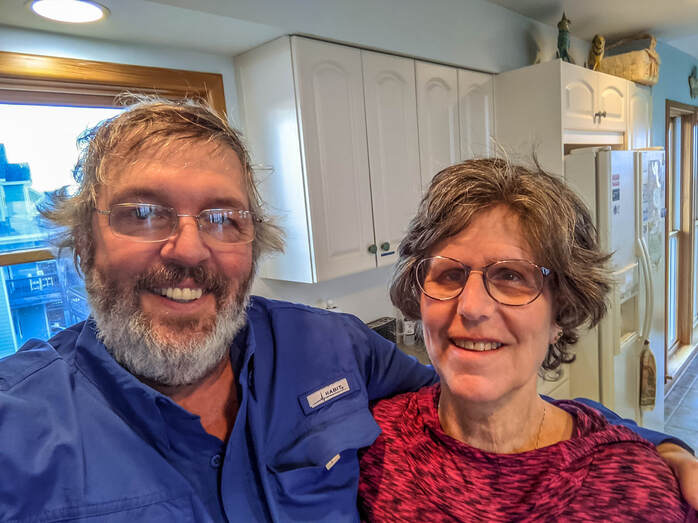 Proof that our hair does not stand straight up.

We rose this morning and found we had not lost electricity, route 12 had not been cut, and the dunes did not breach.  Some flooding did occur which can be seen in our photos, but the flooding wasn’t as severe as when we were here in September.  You never know and we did fine.

We had breakfast and decided to ride up and down the beach to take photos.  While windy and cloudy, the light was good and we decided to take photos today.  There were also a LOT of great things to photograph today, which makes it easy.  ​ 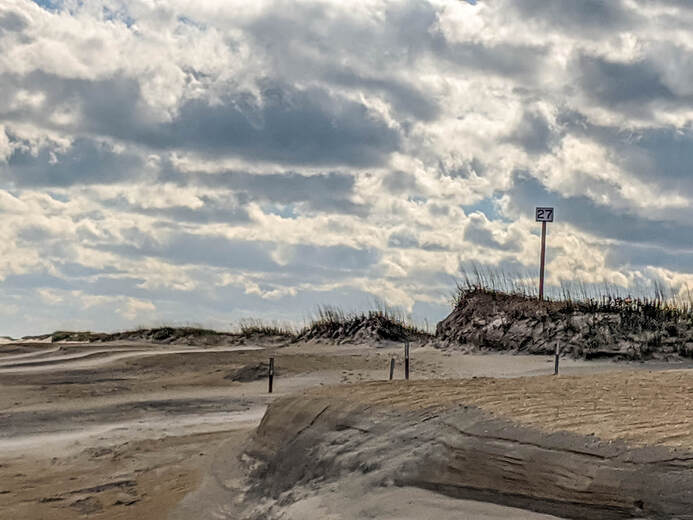 Because photography was what we were focusing on today, I’m going to try and make this post about the photos.  I’ll post a pic and a caption explaining it.  It’s easy to write about travel to new places, driven by the excitement of discovering things.  It’s harder with the familiar, but that doesn’t mean it isn’t visually striking.

We had a nice day, contact with no one but us, and we’re in a nice place.  That’s a good day.  Also note that I wrote something about the Nashville bombing that I’ll put at the end.  Merry Christmas everyone. 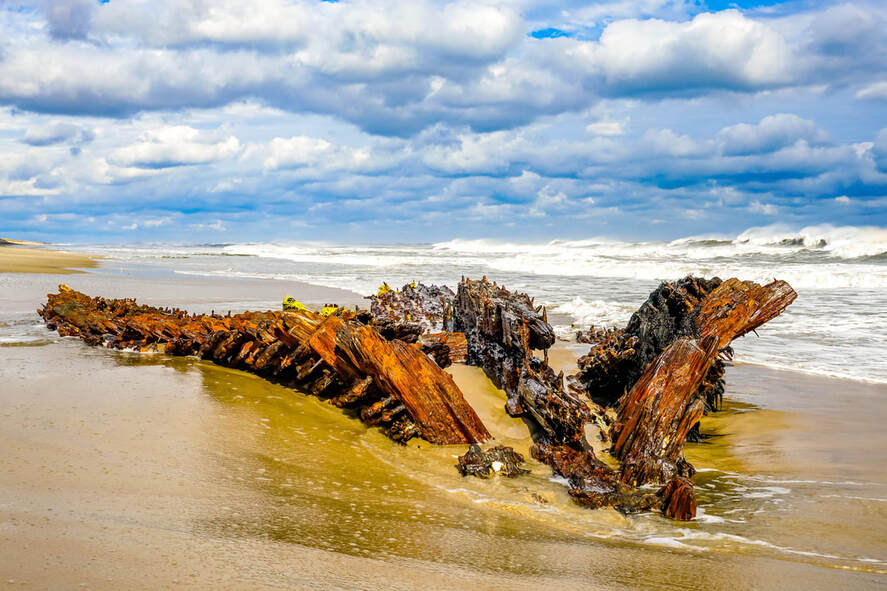 This is the shipwreck of the G.A. Kohler, a four masted sailing ship built in 1919.  It last sailed in 1933 where a hurricane force it aground at ramp 27, Salvo, NC.  The banks are called "The Graveyard of the Atlantic", and with good reason.  The crew and passengers survived, the ship was stripped and salvaged, and what was left was burned on the beach.  This is what is left.  It is covered and uncovered periodically by storms.  Today was an "uncovered" day. 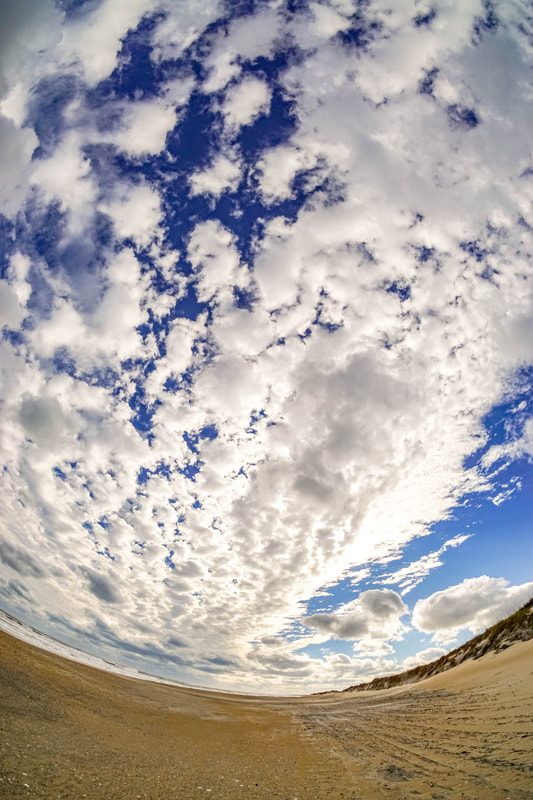 A fun shot taken with an 8 mm fisheye lens.  I like how the fluffy scattered clouds look.

My thoughts on the Nashville bombing

I found out around 10 a.m. about the bombing in downtown Nashville.  I couldn’t tell much from the first photos and it didn’t seem that bad.  I saw more in depth photos tonight and it’s much worse than I thought.  They think they may have found a body in the blast but that’s not yet clear.

One thing was made clear, the cops were on site and trying to evacuate people before the explosion happened.  On Christmas morning, these people went TOWARDS a bomb in order to save others.  Several were injured and I have seen stories of them warning people in order to get them to safety.

The news this morning also had a story where hospital employees in NYC that worked from home and in non-contact jobs were jumping line in front of those who have high risk/high contact jobs because no one was keeping track.  While traveling today, the road was flooded.  The driver coming in the other direction stopped, flashed his lights and motioned me through before he and his family went through, a very kind thing to do.  Three cars behind him was a nasty looking old lady traveling alone that gave me the finger because I went through before her.

The pandemic this year has brought out both the worst and the best in people.  There are healthcare workers working multiple shifts to take care of others who are suffering and dying.  There are those trying to help people impacted by the pandemic.  There are teachers trying to work with children virtually to help them learn. There are those who make an effort to keep themselves healthy and try to keep others safe while continuing to live their lives.  There are cops that run towards bombs to save others.

There are also those people that do not care about others and are concerned only for themselves, not necessarily for what they need, but what they want.  They seldom seem happy, even before the events of this year.  They tend to be very self absorbed, self serving, and do not want to go out of their way to help anyone other than themselves.  They’re people I’ve never liked, even before this year.  The events of this year have clearly shown us all who these people are.  To be honest, I’ve seen very few surprises.

At the end of the day you ask yourself…..are you one of those that try to help when you can?  Are you one of those trying to make it better?  Are you one of those that would run towards a bomb to help someone else…...or are you jumping a line to get the vaccine first?  Is the world a better place because I'm in it....or worse?  If you’re honest with yourself, you already know the answer. If you're one of these people.......can you change?  Do you even want to?  Is this how you want to be remembered?  It’s not hard to do good, but you actually have to want to.  It's up to you.

Ghost of Christmas past
​Switzerland
​Christmas 2015