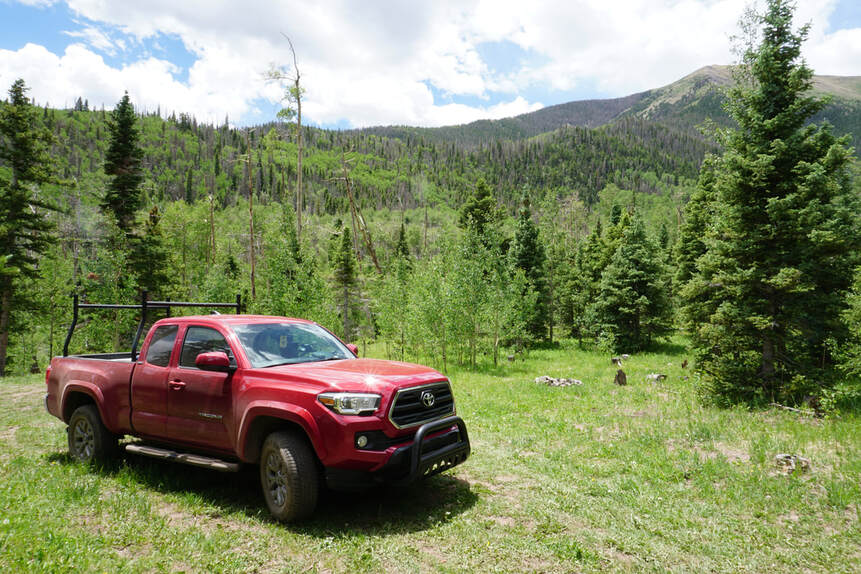 Taking a break in a high mountain meadow, around 10,000 feet
Today was a first for Laurie.    She's been off road before on the beach and thought that's what four wheeling is like.  Today was a bit of an education for her.

We headed off exploring back roads  through farm country.  They're gravel roads and run across the valley to the base of the mountains.     The gravel roads are easy to navigate and can be traveled by car.  But when they end, it gets interesting.    Our first venture was up the mountains on a road that didn't show up on the maps but was marked as a jeep trail.    It did show up on GPS as a county road but that was a bit of a stretch.    ​ 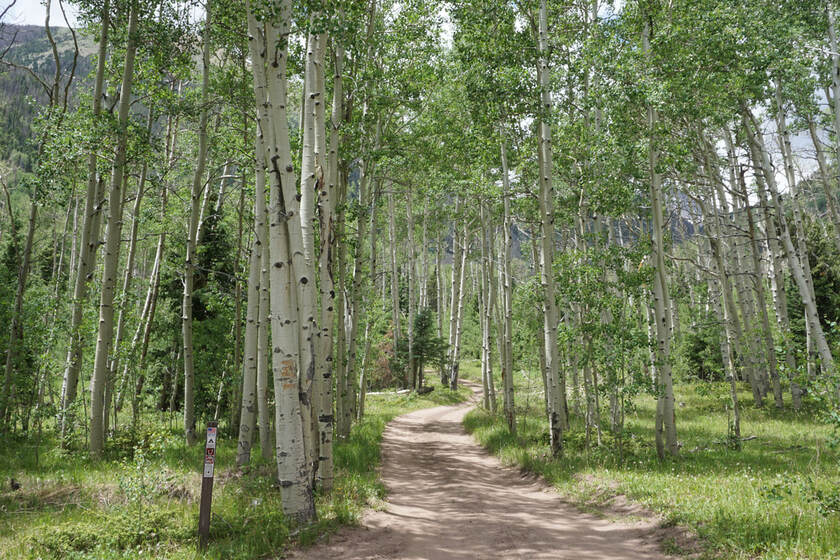 An aspen grove.   In the fall their leaves turn bright yellow!
​We traveled several miles hopping rocks and putting my Toyota Tacoma to the test.     It really wasn't that bad and I traveled most of it in two wheel drive.  You just have to have decent ground clearance  and take your time.     After an hour or so of fairly rough road, we wound up at a trail head, where we found two more Toyota Tacomas.    They're apparently popular around here!     There  really wasn't much to see at the top unless you wanted to hike but we enjoyed the ride and came back down for lunch at the camper.

During lunch, I studied  my maps and decided on a different path for the afternoon.    We headed to a place called Hermit Lake,  WAY up on the mountain.     We drove around 4 miles through the valley before we started up through the forest.     The next six miles were some of the roughest road I've traveled.  It was almost exclusively rock with many being about the size of a bowling ball or bigger.     Most of the trip up was at 2 or 3 miles an hour . 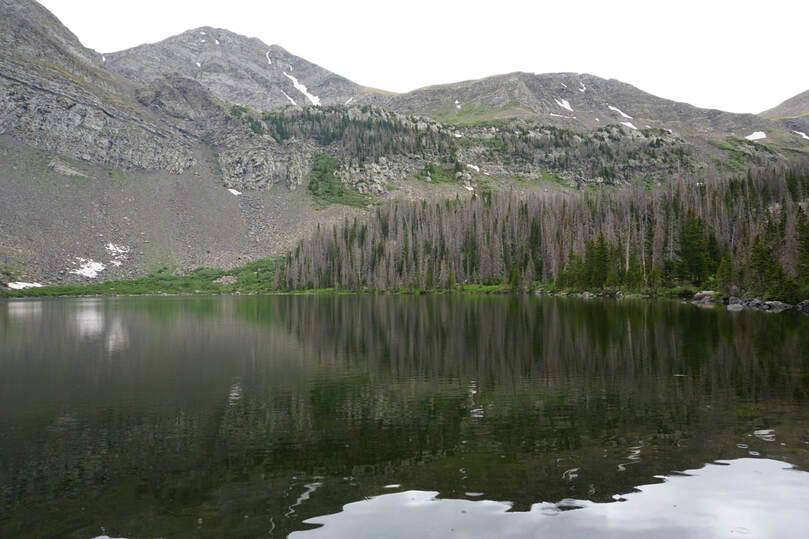 Hermit Lake, around 11,000 feet in elevation.   It's up there, and it's not even at the top!
​We passed a jeep about a mile  up in the middle of a pretty nasty rock field.   He had made an error and headed out without a  full tank of fuel...or even a half tank for that matter.    He asked if we had any fuel and he would buy it from us.  I took pity on him, produced one of two 5 gallon  jerry cans I had in the back of the truck and let him put a gallon or two of fuel in his jeep.  His wife tried to give me 20 bucks but I told him  I wouldn't accept it and to help someone else out instead.   They were quite grateful. 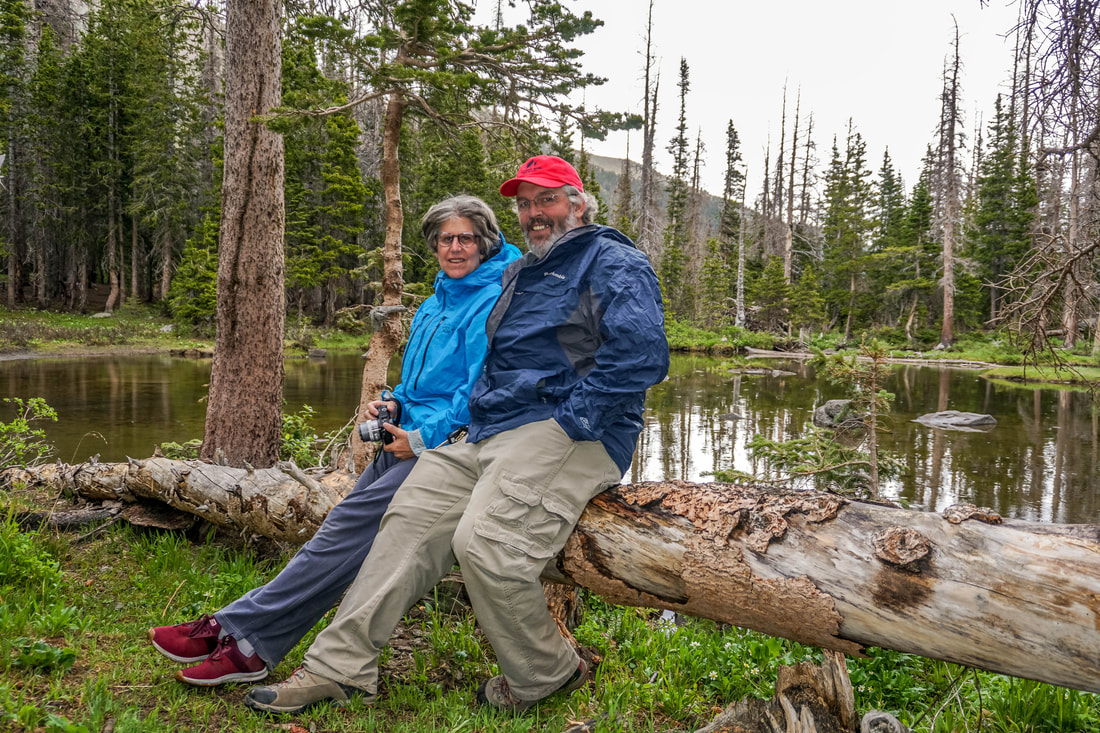 Catching our breath at high elevation in the forest
​If I come out in the boonies, I come prepared for whatever   I can imagine will go wrong.  Like in racing, something you've never thought of will go wrong.  I carry weapons, wire, electrical tools, a meter, a full tool set, water, a bottle jack,  steel wire (great for wiring something broken into place for a quick and dirty repair), spare fuel,   tow straps, a tarp, rope, and dozens of other things.    If I've used it before I try to make it part of my gear.     Luckily for me, it's usually used to help someone else out  of a jam instead of us.     I'd rather be the samaritan than the victim. 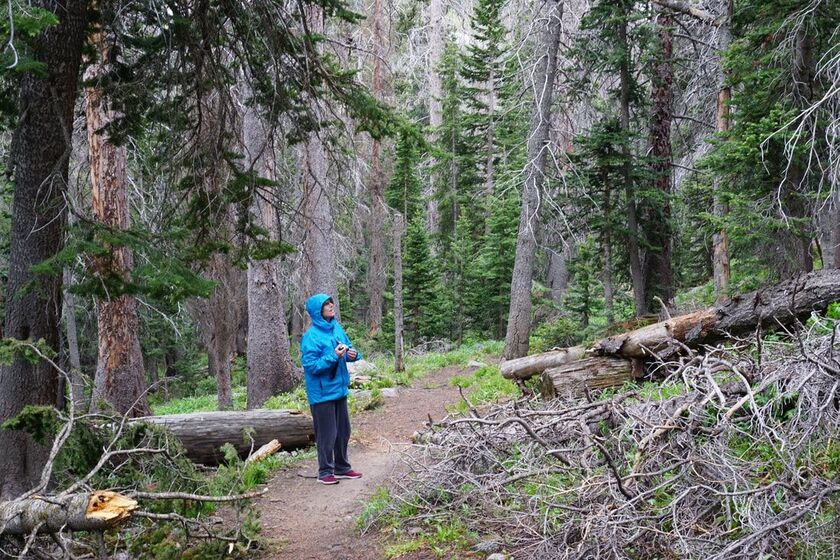 Laurie  loves the forest and taking photos of it
​Laurie was a bit nervous because it  was pretty rough going, but   I reminded her over and over that I've never taken her someplace I couldn't get her out of.   She held tight to the handles in the cab to stay in place as we bumped along.    We occasionally passed another jeep, truck , or UTV  and they would tell us how far, something was, what the next landmark would be, things like that.   They would also ask us for information wondering if we passed a friend or family member  of theirs somewhere along the  line.    We're all out there on the edge and we try to take care of each other. 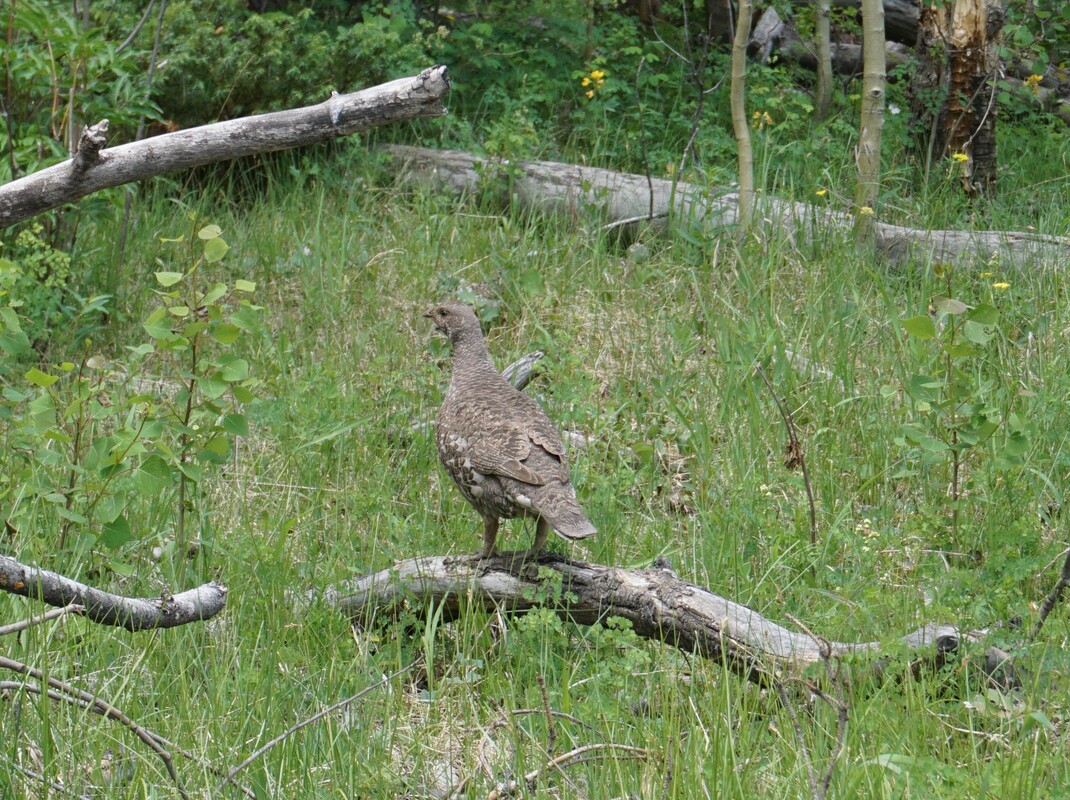 Laurie caught a  photo of a Colorado Grouse.  It had several babies with it.
​We would see an occasional critter  or a nice view.   Eventually, after two and a half hours, we reached Hermit Lake, the lowest of several lakes up on the mountain.    The  parking area at the trail head was at over 11,000 feet and the other lakes were around 2000 feet in elevation  (and a  mile or two more) above us.     From the parking area we hiked through the woods, past a big pile of bear crap on the path, and arrived at Hermit Lake! 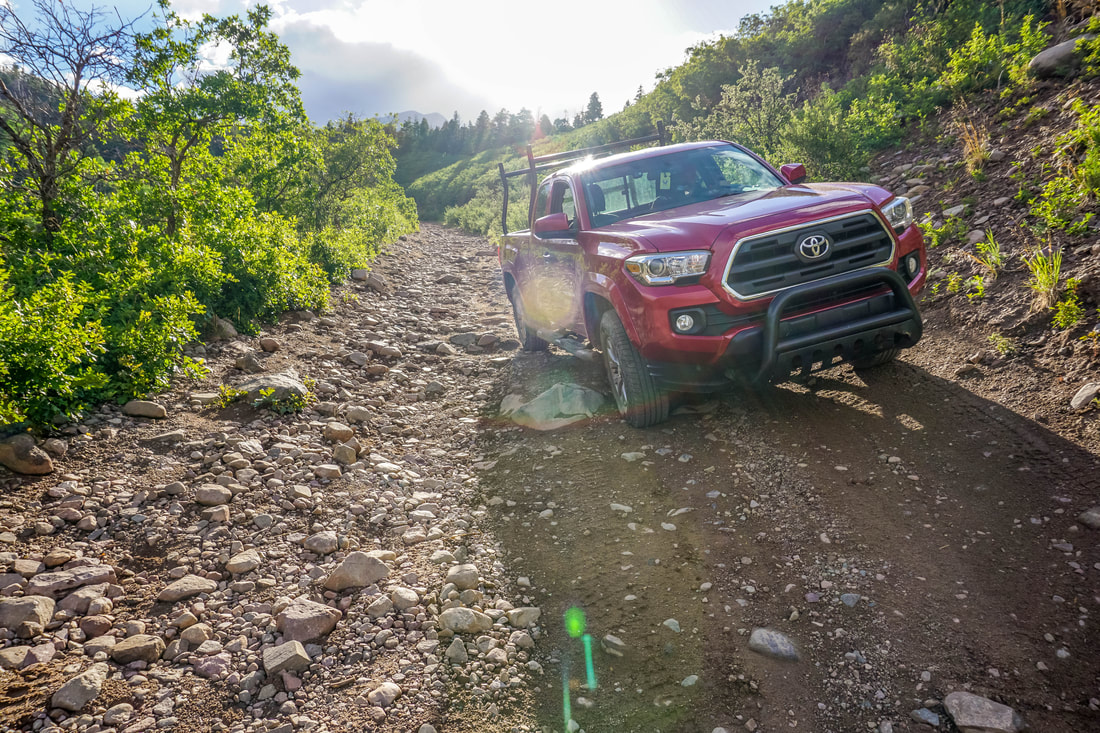 Trying my best to miss the big rocks
There were several people camping at the lake, having driven to the trail head then toted their camping gear the last half mile on their back.    As we arrived they were cooking dinner.    We walked the shore of the lake a bit, took photos of the fantastic landscape, and started our hike back out.     We had already decided it was too late in the day to venture further up the mountain.   It had been a difficult journey, but in the end you ask your self, "was it worth it?"    As difficult as it was, we stood on the shore of the lake high in the mountains knew that the answer is yes.

We headed down the mountain and we had gravity on our side this direction.    We bumped along hopping rocks for another 6 miles before we reached a normal road, then we headed back  to the camper.    We sat outside and rested after a pretty tiring day.     It's been cloudy and raining during the day.  I don't hold high hopes for star photos tonight but I'll check in a while.

We have a gallery of extra pics below.  Click on one to  get a better look at the pic.  Goodnight everyone! 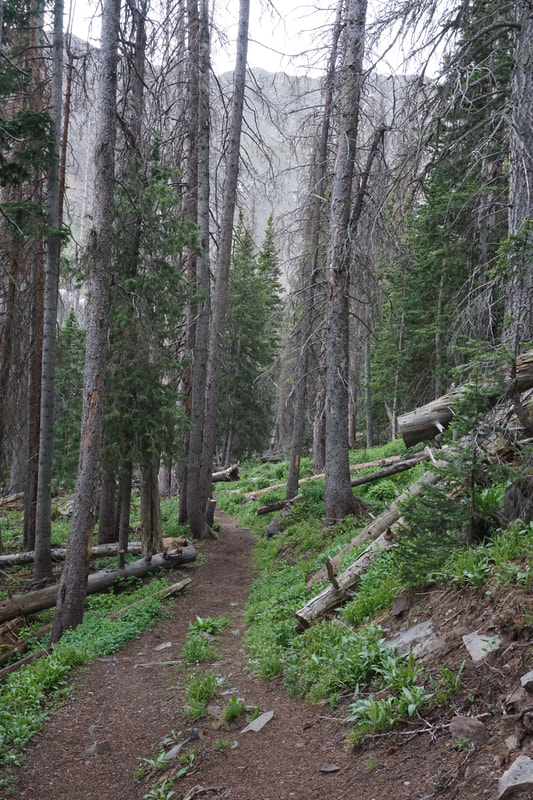 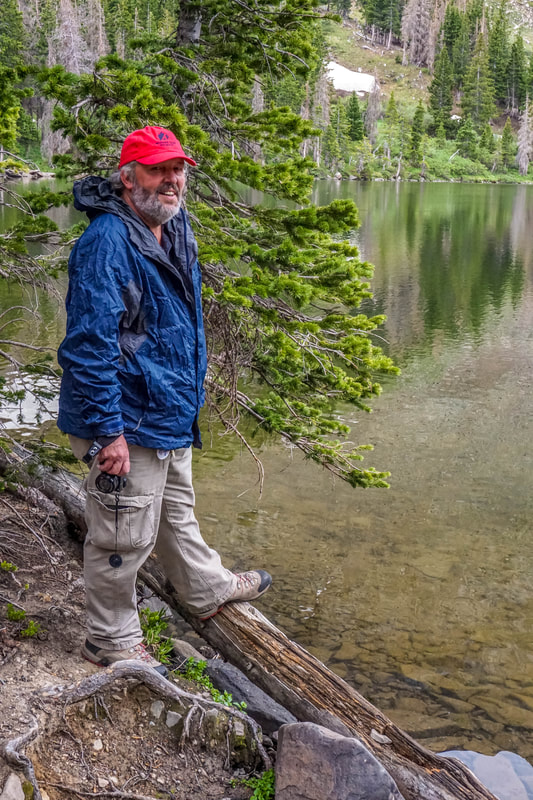 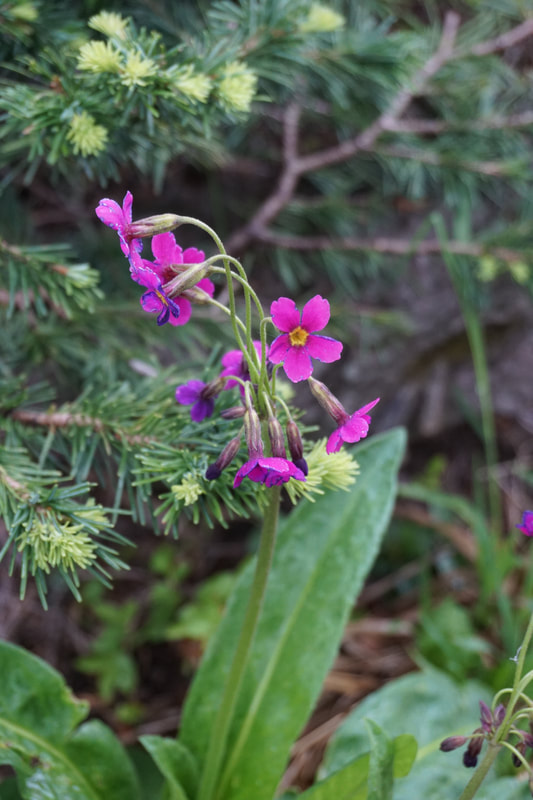 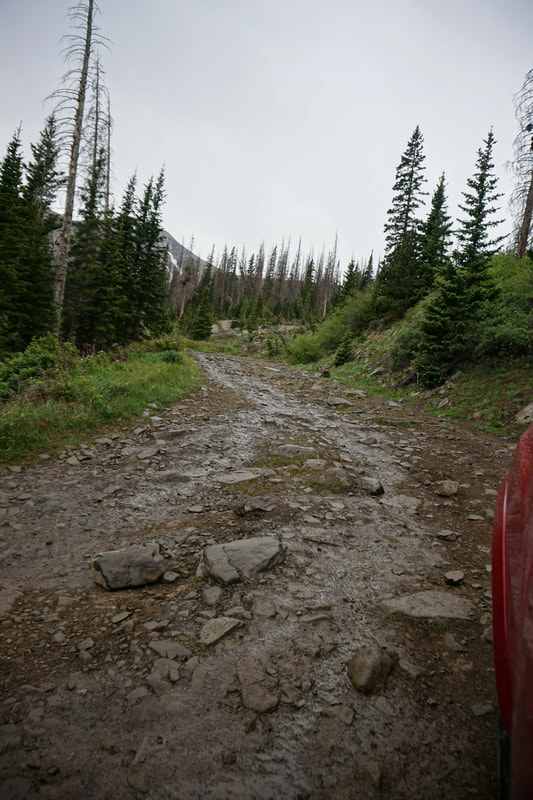 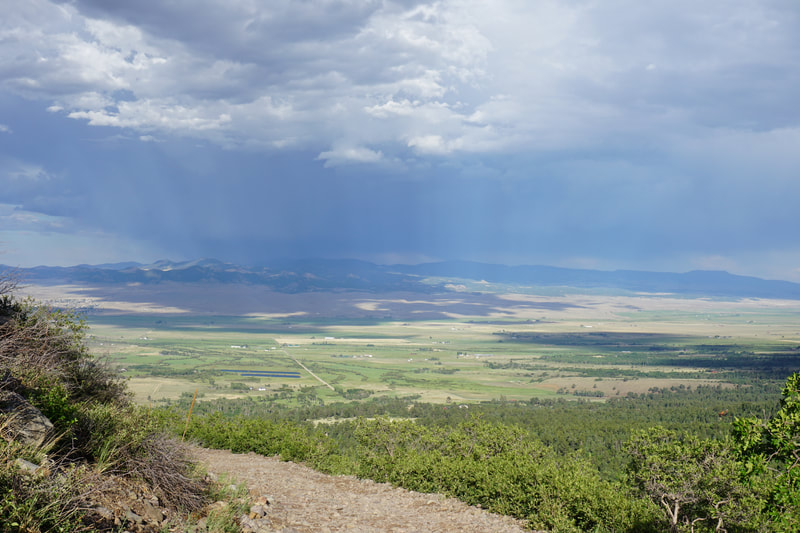 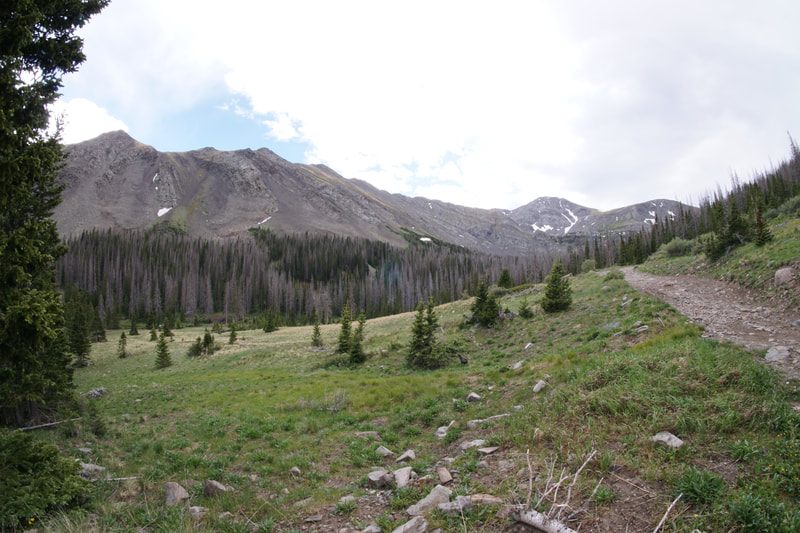 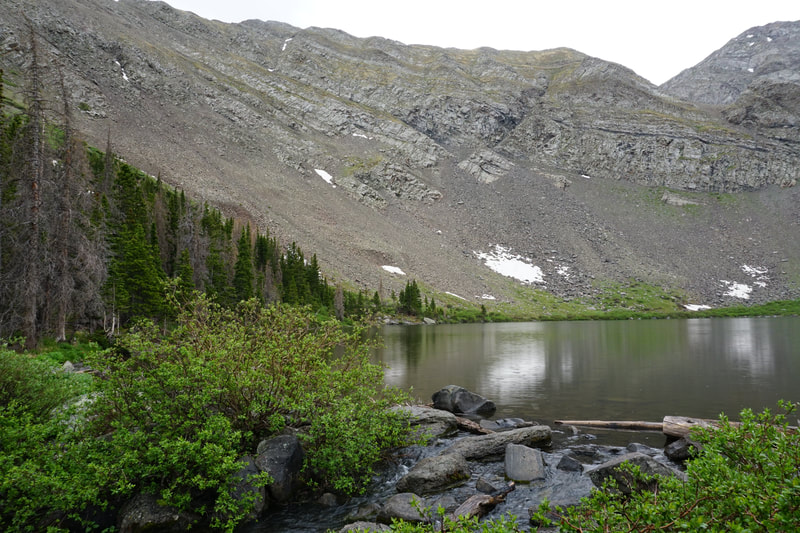 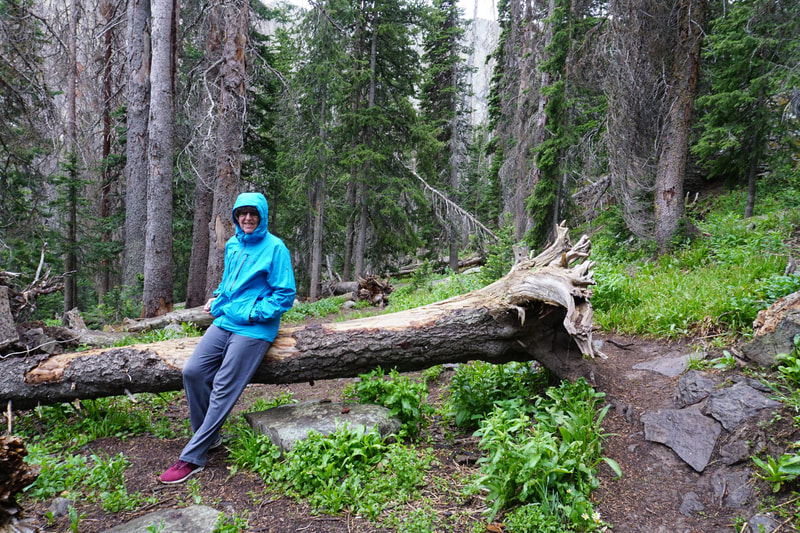 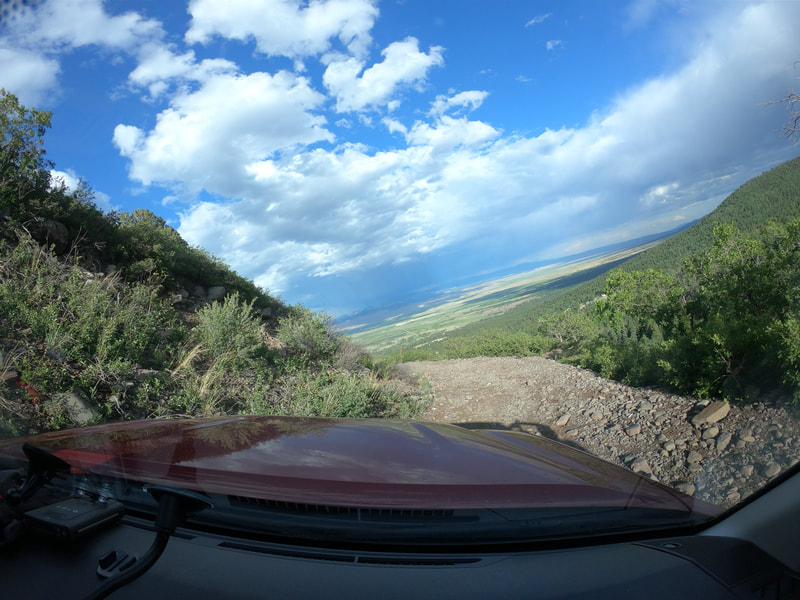