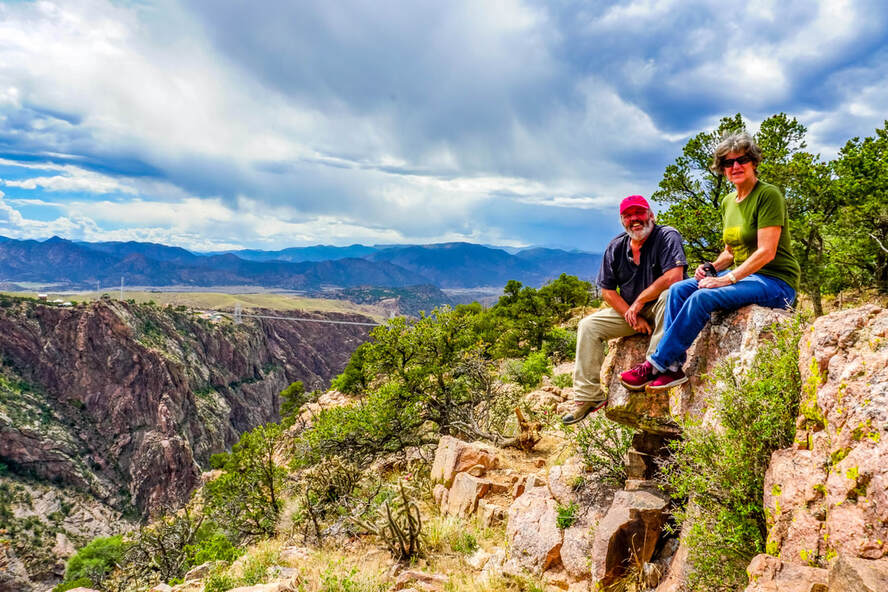 Hiking in the Royal Gorge Park, Canon City, Colorado
​We woke this morning and I wished my lovely wife a happy birthday!  Her birthday was the reason for this trip.   I planned several  trips for her birthday, just to have each one cancelled for some reason.   The last one was cancelled due to COVID-19 and really complicated things, but we found a way around it.  Happy birthday Laurie!

​After breakfast we took off exploring again.  There's so much to explore here!    Our first stop was an abandoned  silver mine called the Lady Franklin  Mine,  that was active from 1915-1951.      It was out in a cow pasture but like a lot of the grazing land here it wasn't fenced.  I don't know if the land was public or private, but there were no signs saying we couldn't. 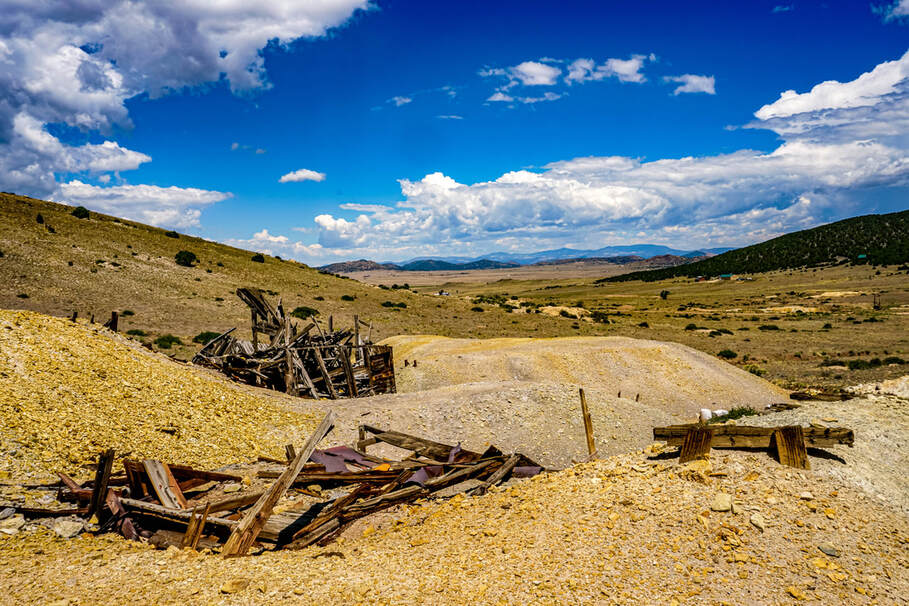 What's left of the Lady Franklin Mine, Silvercliffe, Colorado
Being a mining engineer,   I understand most of what I  see and I explain it to Laurie.    There was a sealed shaft, a screening structure, and a load out.......or what was left of them.   Laurie pointed out a sulfur smell and the spoil piles (left overs from the mining process) had a yellow color.   This sulfur (actually sulfur compounds) often combine with water and makes sulfuric acid, also known as acid mine drainage.   There's not a lot of rain or ground water here so they don't have the problems with it that we do back east.

We poked around a bit and headed out on a nice gravel road with no huge rocks like yesterday.   The road was quite scenic and eventually ended up in a city called Canon (pronounced Canyon) City.    It is a very nice town and we rode through and checked things out.     We stopped and actually had lunch on an outside table at a restaurant,  with a LOT of space around it. ​ 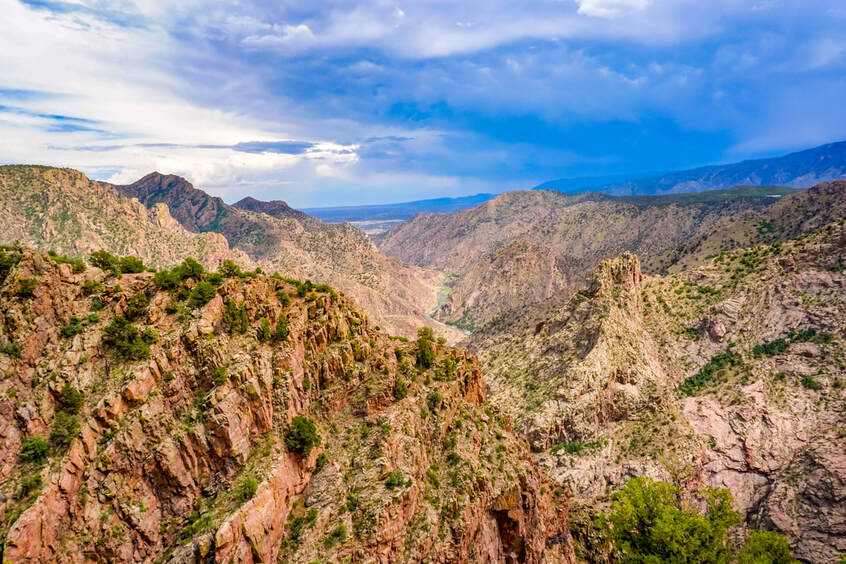 Incredible views while hiking near Canon City, Colorado
​As we arrived one of the staff wearing a mask and gloves was wiping down the table with bleach water.     While everything we all do nowadays is a calculated risk, this situation seemed to be  minimal risk.   We have seen other places on this trip that we passed on because they were crowded or we just didn't think it was worth the risk.     We try to make wise choices.

From Canon City we headed west   into the countryside.   It's Laurie's birthday and she expressed interest in checking out a  Canon City  Park called Royal Gorge.   It's all outside, fresh air, we saw a fair amount of folks with masks on , and everyone was keeping their distance.     Based on the situation, we viewed it as something of a hike outdoors.    There were other people there but nobody would be around us. 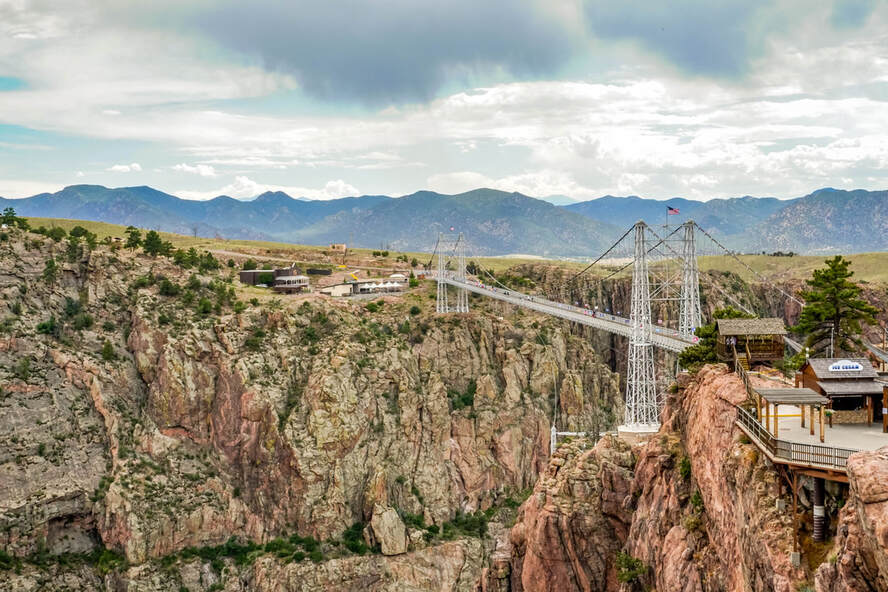 The Royal Gorge Bridge, that we  walked over
​We buy our admission tickets  which includes a gondola ride across the gorge.    I said to Laurie that I wasn't so sure about climbing in a metal box with poor  ventilation with people we  don't know.  We decided to check on how they were doing it and they were putting people of the same family/travel party together in the same gondola but no one else.     There was also a long line with people standing together, many that didn't have masks.  Once again a calculated risk and we decided against the gondola ride.

The other way across the gorge was a bridge built back in the late 20's.   It was wide, open air,  people were keeping distance from each other, and it had beautiful views.   We decided to walk both ways using the bridge.   We took photos of the gorge as we walked as well as the surrounding landscape.     It is called a gorge instead of a canyon as a gorge is wide at the top but narrow at the bottom, while a canyon is pretty much the same width all the way down. 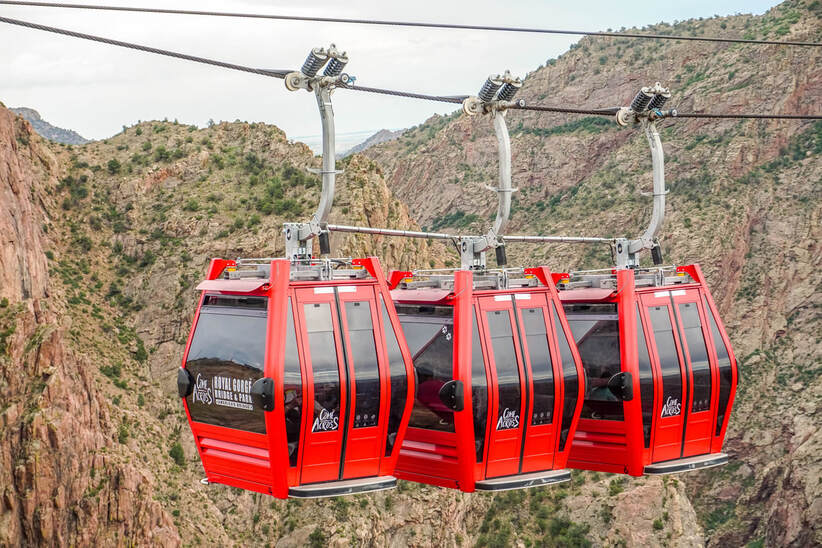 The gondolas, that we decided were imprudent to ride
​We had a very nice time visiting the park and hiking around.   We were especially pleased that we were able to do that with very minimal/no contact with others.   We were on the other side and weather began to threaten.   We saw lighting quite a few miles away and very dark clouds heading towards us.    We decided to hike back to the truck and continue our travels.   I would hate spending all this effort to avoid COVID-19 just to be killed by a run of the mill lightning strike.

We rode through the gorges and rock formations on the main highway towards Texas Creek, the place I took  what I consider my best star photo.    We wanted to do star photos while here but rain clouds have obscured the sky every evening.  I went out last night hoping I would get lucky but it did not happen.    At Texas Creek, we turn south towards where we are staying. 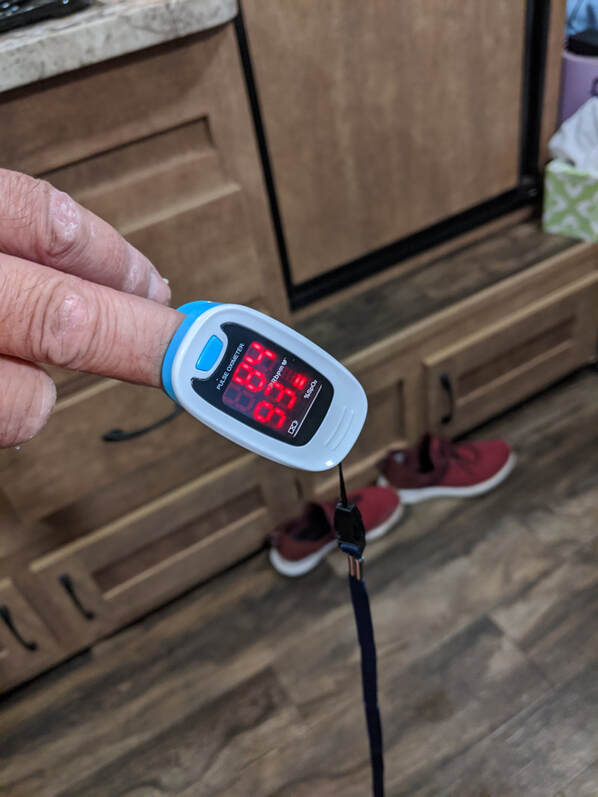 My pulse oximeter.    I like these numbers better but they're not where they should be.
When we arrive back at the camper, I'm not feeling so well.  I tell Laurie that I think altitude sickness may be creeping up on me.  I  lay down for a while and when I check my oxygen sats, I find they are 6-7 percent below what I normally test at.  Laurie also insists that I drink more water....a lot more.   I hadn't been paying attention to hydration today and it bit me in the butt.   I got hydrated and got my sats back up to 93-94 percent.   While not as high as they are at home, it was better.....and I feel a bit better.

We were supposed to move tomorrow to a Colorado state park I worked very hard to get a spot at.   The problem is, the park is  around 2000 feet higher in elevation than where we are staying.  True, we visited 11,000 feet yesterday, but we slept on the valley floor at 7800 feet.     Elevation is critical out here and altitude issues are real.  ​ 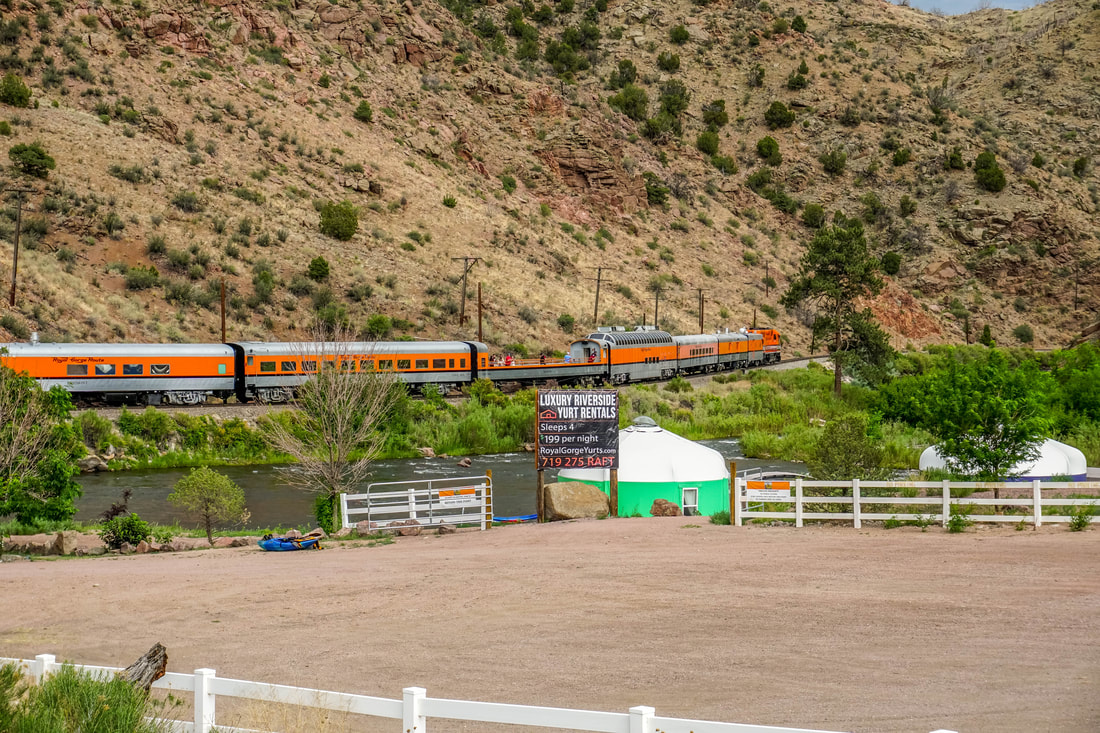 They have an excursion train that runs in the gorge, but that's a little close quarters for me.  They did have open air cars which I thought were cool!
They say "climb high, sleep low", and it's definitely true.     I didn't feel well earlier and I'm not 100 percent still, so we decide to cancel the move.    We will talk to the office about extending two more days here if I feel okay in the morning.    We  will drive up to see the places we wanted to see and come back and "sleep low".    We'll know more in the morning.

We have another gallery of photos today in addition to the ones as part of the blog.  Just click on 'em and they blow up big!  Once again, happy birthday to the one I love the most.  Goodnight everyone! 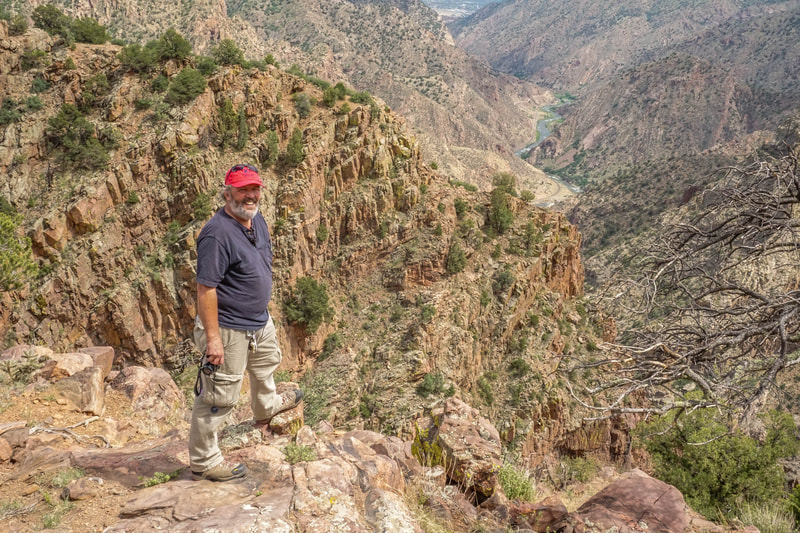 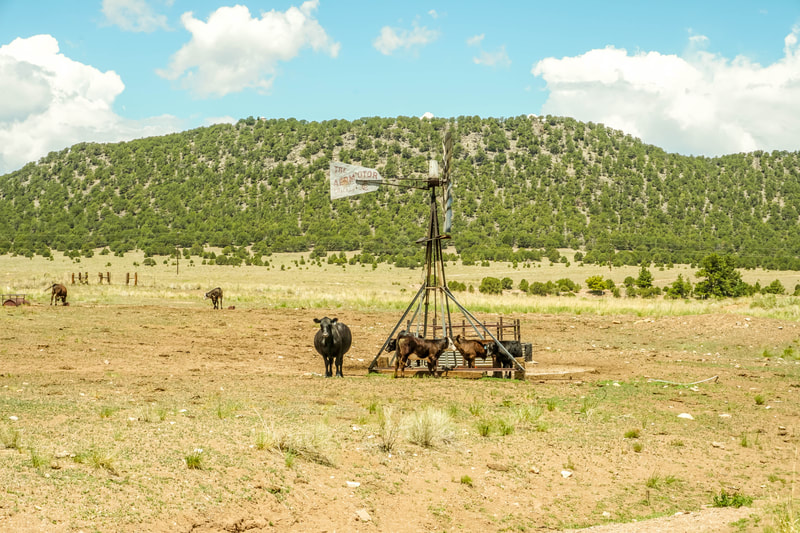 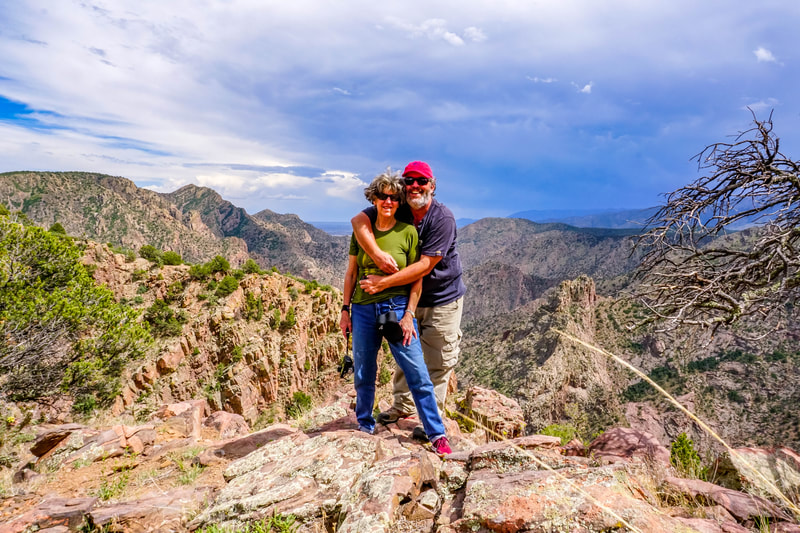 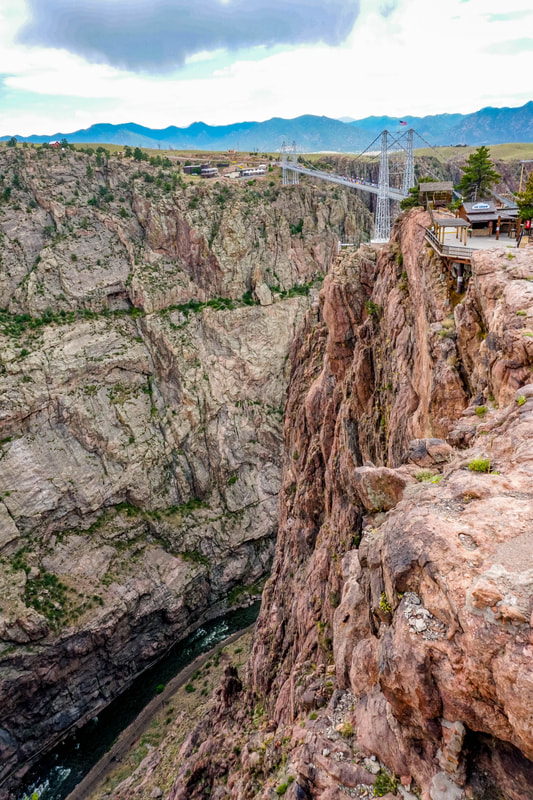 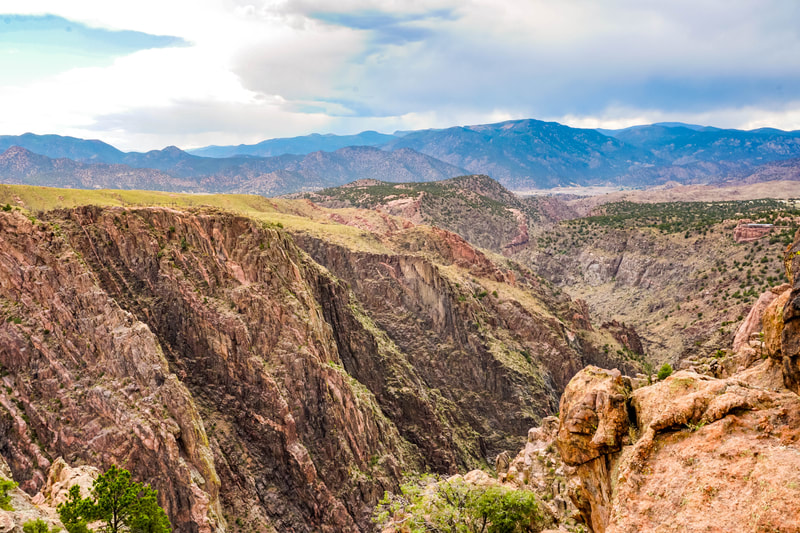 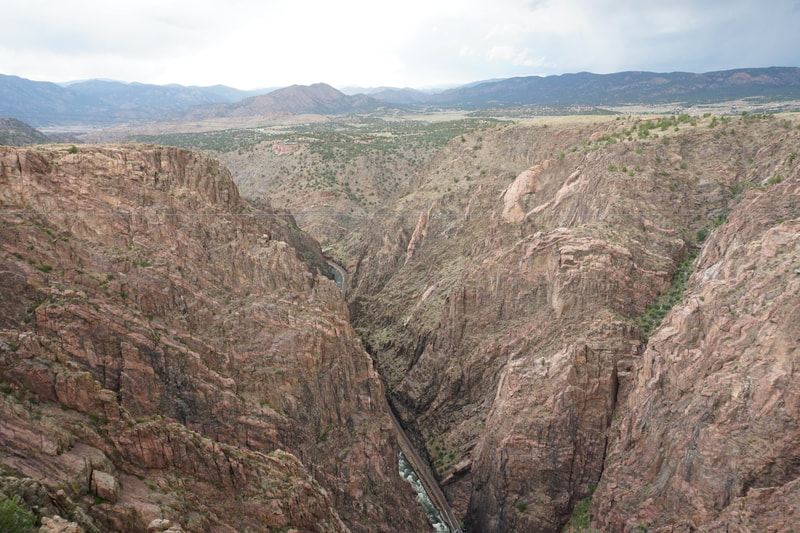 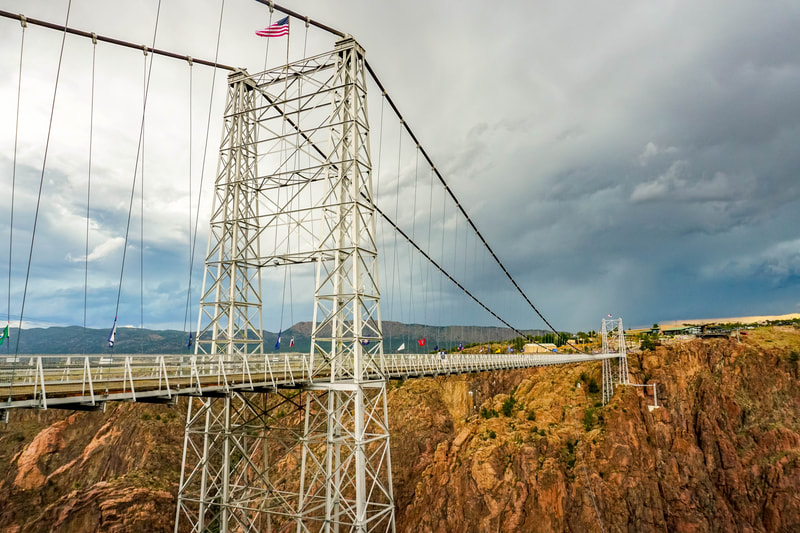 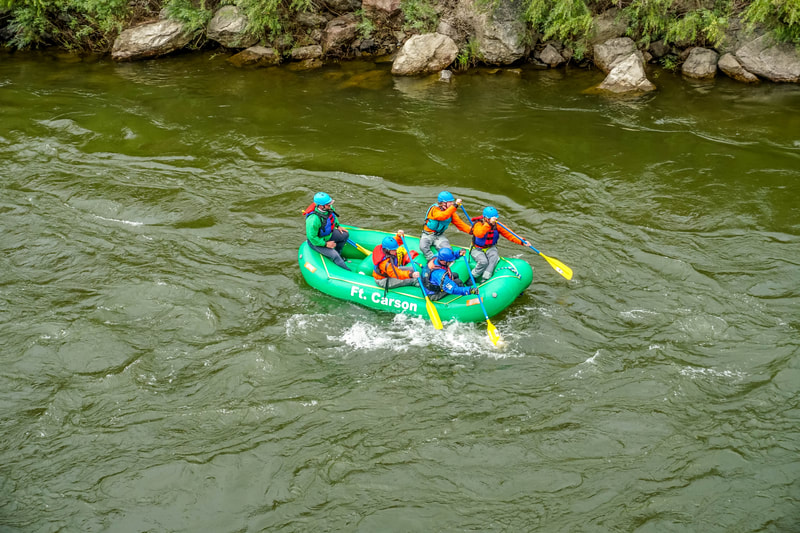 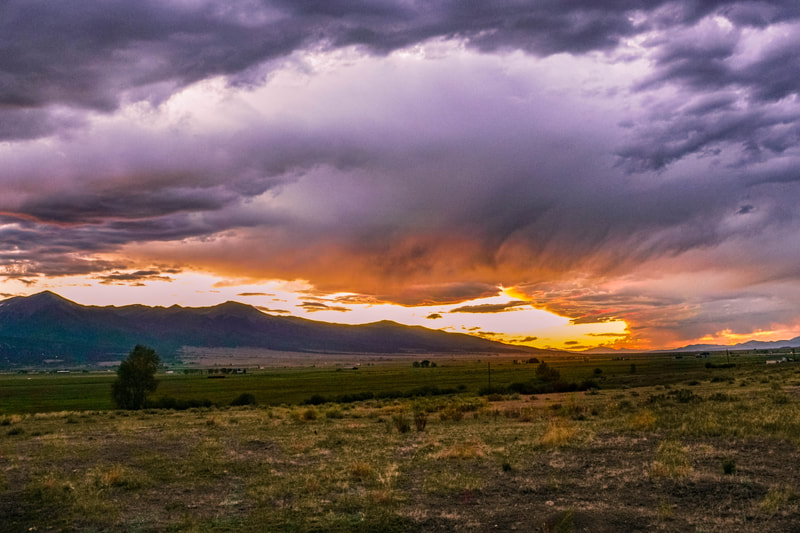